Have you heard of the “Five Second Rule”? No, not the rule my kid followed the other day when he dropped a cookie and immediately – within five seconds – scooped it off the ground to eat it. No, I mean Mel Robbins’ Five Second Rule, otherwise known as: Do it right away.

Judaism strongly promotes this rule. We even have a word for it: zerizut. But zerizut is not just about doing mitzvos right away. It’s also about taking moments of inspiration and doing something concrete with them.


Zerizut is an important element of Shavuot, which marks the day we received the Torah. Inspired by all the miracles we had experienced, we concretized our feelings with action by committing to keep the Torah. When you are inspired to do something, you have to take action right away – within five seconds – or the moment will pass… and, with it, your opportunity.

We all experience moments of inspiration during which we entertain life-changing ideas and possess true potential for greatness. Many of us experience courageous moments during which we feel excited to take on a risk and make a change in our lives. But when we don’t act right away, our brain intervenes. Our mind convinces us, “You’re not good enough,” “You can’t handle that,” “You’re not ready yet.”

Our brain is scared of greatness.

Rav Pinto once shared in a powerful lecture that we often don’t say yes to various opportunities because we think, “What’s the point? I’m just going to fail.” He then said in a booming voice, “Who said you’re going to fail!”

Let me share a personal story. At 21, I was leading a trip to Israel and gave several lectures for the organization behind it. The organization then asked me to speak weekly. Back then, it took me 20 hours to develop a shiur. I didn’t have material prepared. I had no clue what I was doing – I was studying audiology in college!

What did I do? I said “Yes” before I had time to get scared. And the magic began.

That’s exactly what we did in saying “Na’aseh v’nishmah” at Har Sinai. Hashem presented the Jewish nation with a beautiful gift called Torah, and asked us, “Do you want it?” We answered, “Yes! Na’aseh – we will do it!” And then we said, “Nishmah – we will deal with the details later!” With Hashem’s help, we knew we would rise to the challenge.

With Hashem carrying us throughout it all, we became His chosen nation and we’re still here thriving thousands of years later because of that one decision to say “Yes” – perhaps before we were fully ready.

Interestingly, massive growth is also sometimes found in the small moments we barely give credence to. In counting sefirah, we mention the total number of days of the omer and then break this number down into number of weeks and days. But why? It’s certainly not a normal way to count. But we do so because small units are integral to growth.

Many mitzvot feature small components. We remove, for example, a small piece of challah from dough when we bake. The omer measurement in temple sacrifices was small, but important. The blessings we say before eating food are quite short. Every night of sefirah, we focus – not just on one middah, but on one sub-middah (e.g., tiferes she’bigvurah). In so doing, we are able to improve one bit at a time.

My cousin is in the Israeli army, and I wish I could tell you what he does, but no one really knows. He’s not even allowed to tell his wife.

However, he did tell me something insightful when he came to America once to train on specific fighter jets that he would later train Israeli pilots to use. He said that during training, they had to fly close to ground level, despite the danger involved, to avoid radar detection.

Every one of us has an enemy called the yetzer hara. That yetzer has an elaborate radar system on all of us asking, “Where is she flying? Where is she soaring in her Judaism?” Then the yetzer targets that specific area. “Oh, Jessica, you want to start keeping Shabbat? Let me tell you what’s going to happen. I’m going to present you this Friday night with tickets to your favorite concert.”

But if Jessica decides to just take something small upon herself, the yetzer hara thinks it’s not worth his time to intervene. He thinks, “Pshhh… that’s not going to get her anywhere.” But although it seems like a tiny step, Jessica is off the ground and moving forward.

When life presents us opportunities to grow, we must sometimes say “Yes” right away despite the great challenge involved, and sometimes we must take microsteps that will enable us to best climb our personal growth ladder. Through honest evaluation and properly selecting from these two options – following the Five Second Rule or taking small steps – we will be able to achieve our deepest goals. 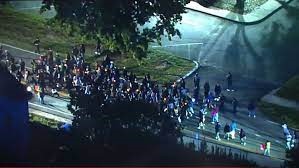