I’m so excited to share that going forward we will be changing the direction of this column from fashion to the topics I’m particularly passionate about: body image, disordered eating, and Health At Every Size. As a therapist who treats eating disorders and disordered eating, I see the harm that our diet-obsessed culture has on our lives and I want so much more for all of us than a lifetime of dieting and trying to shrink our bodies.

Feel free to send me questions on these topics and I may address them in future columns!

What Not To Say To Someone With An Eating Disorder

It can be challenging to know what to say. So with eating disorder awareness week coming, let’s challenge some of the myths. Often times, the comments we make come from a lack of understanding, so I hope we can raise awareness and gain some insight – as well as keep people from being hurt.

Whether men will find someone attractive or not has literally nothing to do with the development of a mental illness. Eating disorders aren’t a vanity issue. They develop due to a combination of factors including genetics, environment, and trauma.

When those with eating disorders are crying about their struggles with body changes or discomfort with their body, they don’t need reassurance that men will find them attractive or that they still look beautiful. They need reassurance that they are loved. They need acknowledgement that our culture’s obsession with thinness is wrong and harmful. They need you to sit with them in their discomfort and gently remind them that being smaller does not bring happiness.

Saying “you don’t look sick,” is incredibly invalidating to those suffering with an eating disorder, so please consider that the next time you’re inclined to make a comment along those lines.

No, you don’t have the opposite problem. And in fact, if you are truly struggling with binge eating disorder, it’s not the opposite problem at all. It’s extremely similar to anorexia and bulimia if you’re using food as a way to self-regulate and cope. You’ll even find that switching from one disorder to another is incredibly common. It happens all the time because they’re all interconnected.

And if you don’t have an eating disorder, loving food isn’t actually a problem. Food should be enjoyable and pleasurable even if diet culture continues to tell you otherwise. People with anorexia also enjoy food too – but they’re often extremely fearful of enjoying the food or are trying to avoid the anxiety and noise that comes along with eating.

Because they’re very ill, that’s why. A comment like that is so invalidating because many people with eating disorders know significantly more about nutrition than the average person. But knowing and doing are two completely different things because, once again, this is a mental illness.

It’s not about will power or knowledge. It’s not about wanting it enough. Instead, eating disorders are often about using a harmful coping mechanism in a world that’s felt unsafe for so long.

The President, The Congressman And The DA 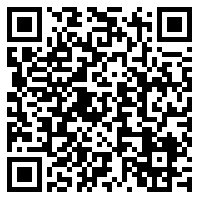