“They say that time heals all things, they say you can always forget; but the smiles and the tears across the years they twist my heart strings yet!” – George Orwel


Can time heal? Does the passage of time help one forget? Perhaps time can heal external wounds, but it doesn’t necessarily heal internally; it doesn’t wipe out memories.

Do women heal from memories of childbirth? Do they forget the weeks and sometimes months of wretched morning sickness? The frustration experienced trying to bend or lift with a huge stomach protruding; followed by an excruciating delivery? More likely they choose to ignore the pain, due to the beautiful results held in their arms. Yet pain at delivery is real, and memory of that agony is safely concealed so that it doesn’t interfere with the love and joy that begets another child into the world.

Ask any successful transplant recipient and he/she will tell you of the sensational joy of re-birth. Yet their organ donors are a different genre. They are generally not Mom; they don’t benefit from the joy of an infant in their arms.

In 2001, my husband needed a kidney transplant. The possibility of finding a donor was almost nil. “If that’s what Abba needs, I’ll give him one of mine,” our son Itamar declared, as soon as he heard that his father suffered imminent renal failure.

“Altruistic” is a popular word heard frequently these days. Pictures of altruistic organ donors, sometimes with the recipients, fill advertisements in local magazines; they create newspaper headlines. Organ donors are people who aren’t always aware to whom they are contributing their healthy organs. They volunteer to sever a functioning body part to help someone else survive, for someone else to function with quality of life. And they do it altruistically. They donate – not cash, their own body parts – despite whatever pain they suffer in the process. They do it out of concern, or faith, or trust that what is mine is also yours.

At the beginning of this century, kidney transplant donors were rare. Israelis flew to Third World countries, paid huge sums to intermediate agents, and received organs from non-altruistic donors in dire need of funds. Yet the poverty-stricken donors received a fraction of the sums paid to illegal liaisons, and were often abused medically in their own country.

One friend who experienced renal failure refused to accept an organ from any members of his family, and there wasn’t any organization to help him find a donor. He chose to pay and receive a kidney in an under-developed country. The transplant was not successful. Our friend never fully recovered, and he passed away some months later.

Another close contact paid for an illegal organ donor and surgery in advance, but in the end, was too ill to fly. He passed away before receiving the organ that would have extended his life. His wife faxed me all the information regarding non-altruistic donors and transplant procedures in under-developed foreign countries. But neither my husband nor I were convinced that a black market transplant was the way to go.

It wasn’t an immediate life-and-death situation for my husband. The immediate alternative was dialysis, which his nephrologist was preparing to begin. Having dialysis three times a week would have drained him fairly quickly of a chance to maintain a normal existence. A transplant was meant to provide normalcy and quality of life for as many years as the Almighty breathed life into his soul. Itamar’s dramatic offer, and his high blood type compatibility, made him an altruistic donor, adding sixteen years to his father’s life.

The trauma of January 2002, the trauma of our son-father kidney transplant, has never faded from my memory. Israel was still in the early stages of laparoscopic surgery; thus we were advised to do the surgery at the University of Maryland Medical Center (UMMC) in Baltimore, where Dr. Bartlett and Dr. Cho had performed that procedure hundreds of times.

For me personally it wasn’t physical pain that I sensed when I had a panic attack a day before the transplant. It was mental anguish that I faced, knowing my husband and son would be undergoing simultaneous surgeries, yet ignorant of the results, and in a panic over possible error, like removing the wrong organ. It was Itamar who bore the physical pain, an abundance of pain.

Fixed in my memory is Dr. David Applebaum, Hy”d, our friend and doctor who traveled with us from Jerusalem to Baltimore to be present at the surgery. I shall never forget that cold January Wednesday at UMMC. After waiting tensely for a few hours, together with my daughter-in-law, a daughter, sister-in-law and my niece, reading chapter after chapter of Tehillim, Dr. Eugene Cho and Dr. Applebaum emerged from the elevator with news that our son’s kidney was successfully transplanted into his father.

Shortly after their announcement, Dr. Applebaum offered to accompany me into the post-surgery Intensive Care Unit for a short visit. My husband, pumped up with anti-rejection drugs, was on a steroidal high, thrilled to be born again. But my shock and horror intensified upon seeing Itamar, his entire body inflated like a balloon, due to air pumped into him to yield to the laparoscopic procedure. That memory remains painful, one that carries the heavy responsibility for consenting to our son putting his life on the line. Yet, at the same time, it is a memory of pride and immense gratitude, that our son donated an organ to his father who, like a newborn, lay in the bed beside him. It was a blessed altruistic act that gave my husband, a”h, sixteen years of quality of life, years in which he merited to enjoy the wedding of our youngest son, weddings of grandchildren, britot of grandchildren and greats, as well as bar and bat mitzvot celebrations and, like Yoseph Hatzadik, the ultimate pleasure of “three generations, raised on his knees” (Bereishit 50:22).

Eighteen years ago, a potential organ donor was advised not to donate. For many, it was alarming to hear about a parent accepting an organ from a son. Despite this awe-inspiring act, a nurse at a Jerusalem medical facility, had the nerve to refuse to arrange an appointment to see a much needed specialist, admonishing Itamar, “Who advised you to donate a kidney to your father?”

2002 was not 2020. Eighteen years in time has seen the growth of an outstanding organization, Rabbi Haber’s “Matnat Chaim” (and in the United States, Renewal), which solicits altruistic donors; and there are praiseworthy articles about organ donors, which have generated a positive attitude and popular admiration, along with a multitude of blessing for all donors.

We’ve come a long way in chai, in eighteen life-giving years. Still, I believe time does not “heal all things.” I have not, and cannot ever forget. Yet I value the time to remember – all the pains of yesterday that give me strength today. 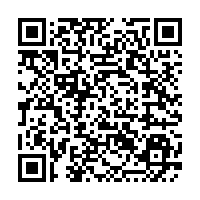