In 1952 we – my parents, grandparents, brother and sister – lived in a lower three-bedroom flat on the west side of Detroit. Upstairs lived my best friends, the Carlebach boys, now superstars in the yeshiva world in Jerusalem. We played and attended many a ballgame together and spent time in front of my parents’ big television with the small black-and-white screen watching the Lone Ranger and Hopalong Cassidy.

We knew the names of the horses of all the television cowboys and the batting averages of many major leaguers. We also swapped baseball cards.

For youngsters like us, having a new brand of baseball cards to collect made 1952 unforgettable. The new Topps cards were a bit bigger and more colorful than the smaller Bowman cards we were used to from the previous year.

By the time yeshiva day camp rolled around in the summer, we were all collecting the Topps brand. The card that stood out for our class was number 192 of the 350-card set: Myron Ginsberg.

That didn’t sound like a ballplayer, it sounded like the accountant down the block who went to the Young Israel. Also, Ginsberg’s card showed him wearing a chest protector from his catching gear. Myron Ginsberg’s middle name was Nathan, but during his tenure with the Tigers the radio broadcasters and newspaper reporters all referred him as Joe.

The half-hour TV cowboy shows aimed at youngsters were long gone. In its place were hour-long adult westerns – “Gunsmoke,” “Rawhide,” “The Virginian,” “Wagon Train,” and my favorite at the time, Clint Walker in “Cheyenne.”

Only one thing remained the same: Joe Ginsberg was still in the major leagues. Ginsberg dreideled around from Detroit, the city where he grew up and the team for whom he made his big league debut, to Cleveland, Baltimore, Chicago (the White Sox) and Boston sandwiched between minor-league stops.

In 1962 Ginsberg was an original Met in the team’s inaugural season at the Polo Grounds under manager Casey Stengel. Ginsberg became the answer to a trivia question: Who was the first Met to take the field in the team’s home opener? (Hobie Landrith had been the catcher in the team’s Opening Day game in St. Louis.)

Ginsberg wasn’t a Met for long; after playing in two games and going hitless in five at-bats, he was released. He took his .241 career average back to Detroit and became a popular salesman for the Jack Daniels adult beverage company.

Having finished with my teen years when the Mets were born, I was also interested in the “real” news of 1962. As the Mets were losing most of their games, Adolf Eichmann was hanged on the last day in May at Israel’s Ramleh prison. As requested in his will, Eichmann’s body was cremated and the ashes scattered in the Mediterranean outside Israel’s waters.

Five days after the United States Supreme Court decided against the recital of prayer in public schools, Sandy Koufax pitched his first career no-hitter – against the New York Mets, naturally. Koufax started his June 30 gem by striking out the Mets on nine pitches in the first inning.

Anxiety reigned over the final weeks of the baseball season, and through the World Series won by the Yankees over the Giants, as reconnaissance photographs showed Russian missile sites in Cuba capable of housing missiles with a 2,000-mile range. President John F. Kennedy ordered a blockade of Soviet ships approaching Cuba.

During the long standoff between the world’s nuclear superpowers, air-raid drills were held in American cities, schools and offices. Finally, with the help of United Nations Secretary-General U Thant in what became known as the Cuban Missile Crisis, Russian premier Nikita Khrushchev agreed to remove the missiles if the United States agreed not to invade Cuba.

With the Cuba crisis and World Series over, we went back to watching westerns.

Author, columnist and speaker Irwin Cohen headed a national baseball publication for five years before earning a World Series ring while working for a major league team. Cohen, the president of a Detroit area shul, may be reached in his dugout at irdav@sbcglobal.net. 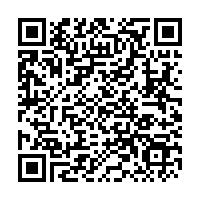