The Holyland Series Final Four is set, with Lakewood Heimishe Bake Shoppe and Lobos advancing to the marquee event, to join top seeds Cafe Rimon and Bagelsbergs. The top tier teams vie for the coveted Holyland Series Trophy, while Brooklyn Lightning and Jerry’s Kids look to take home the Janglo Cup in the tier-two championship.

Lobos and Lakewood each advanced from the Wild Card round to the Final Four in nearly identical fashion. Lobos used a tremendous first inning to end the Torah Tidbits “Cinderella story”, while Lakewood also ‘batted around’ in the first, fueling their win over Segwayz.


Lakewood Heimish Bake Shoppe’s Yechiel Kleimen ignited the rally with a perfect bunt single, then shifted gear with a 3-run homer in the 3rd inning. Yitzy Kramer continued the fireworks, as he and Kleinman had back-to-back homers over the center field fence.

All eyes are now on Café Rimon captain Nussi Jacobovitch, who according to league rules will decide which of the two Wild Card winners to face in the semifinals.

Most league observers feel that Jacobovitch will choose to avoid Lobos and face Lakewood, but with Jacobovitch getting advice from wily veteran Yaacov Ehrlich as his consigliere, the mind games have begun – indeed, several Lobos players were overheard agitatedly discussing the possibility that Rimon would surprise them with a semifinals showdown, even before their Wild Card round game had ended.

It took Lobos own veteran to calm his teammates nerves. “We’ve gotta go through Rimon anyway,” said Aryeh Rudman, himself the owner of a Holyland Series Trophy. “If they want to face us in the semis, then bring it on”.

For all the latest news, schedules and scores, visit www.israelsoftball.com. 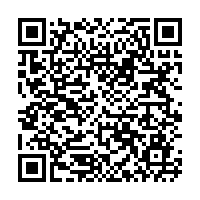