A well-known kosher caterer who has a commissary in Florida that prepares kosher meals for federal prison inmates, and who has also been hosting a kosher-for-Passover holiday program for a number of years, told me a humorous story.

It seems that the head of a New York family who stayed with him during Passover a few years back sued him for the refund of all their money (a considerable amount for the several people) because his program “failed to supply them with a menu for the daily breakfast buffet.” Apparently they were otherwise satisfied as this was their primary complaint.

In defense of the lawsuit, it occurred to the caterer to ask the hotel’s room service manager for a copy of the guest’s room charges, whereupon they found orders for tarfus (non-kosher) over the Passover holiday, which could not otherwise be explained, and which were not challenged but paid by the guest. Of course, this and other facts of the case resulted in the caterer being given the decision by the judge in the lawsuit.

Sometime later – this former guest was now a “guest” in a federal facility for “white collar” criminals. Most of his crimes range from embezzlement to income and sales tax evasion, etc., so-called “non-violent” crimes.

The caterer asked me if I thought it would be a good idea for him to stuff a menu inside the meal trays for his new client.

Very few people in America, newspaper reporters protecting private sources notwithstanding, are imprisoned through entirely no fault of their own. What happens to a person and their family when someone is incarcerated for apparently non-violent crimes? For Jews, the issues expand to include supply of kosher food, attendance at religious services, visitation issues for family and close friends.

This is a memoir of Mrs. Gene Craig, whose husband Jerry, an attorney, was convicted for over-eagerly assisting a client (who was eventually convicted and jailed for other crimes) in hiding his assets from seizure by the federal government. She relates with total candor the intricacies of dealing with the system – including the many “low-life” types also incarcerated with her husband – those who run the system, and the affect on her and her family.

The Sentence is a morality tale of the slippery-slope of otherwise decent people (it’s usually the husband) with wives and children and a frequently large, extended family – who break laws and finally go to jail. Gene Craig shows how it can happen to almost anyone – those who lie down with dogs will usually get up with fleas.

What kept Mrs. Craig going? A diary of her experiences, resulting in this 254-page book, that helped her keep her sanity. Should her husband have been convicted and gone to jail? A difficult question that will never be answered – it’s hard to get proper medical care in prison, and Jerry ultimately died (only a short while after being freed) of a cancer that affected him.

This book is certainly not completely “black.” Craig has injected quite a bit of humanity – even humor – and it’s a must-read for anyone and their family who needs to learn how to deal with the legal and prison systems in America. 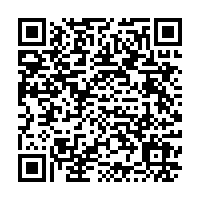