It has been nine years since Israel’s disengagement from the Jewish settlements of the Gaza Strip. About 500 people still remain without jobs and stability, a dire predicament exacerbated by the current turmoil in Southern Israel, where many of the evacuees went to rebuild their lives. JobKatif continues to bring relief to thousands of these unemployed and underemployed families through vocational training, employment placement, counseling and coaching.

Itzik, a restaurant owner in Southern Israel, finds himself paralyzed this summer. Normally, his café and catering company are bustling with customers. Yet this summer, because of the constant barrage of rockets targeting the region from Gaza, people are barely leaving their homes, let alone going out for a meal.


For Itzik, surprisingly, this is not grossly traumatic. While his business is suffering and he is concerned about sustaining his family and paying the bills, he remembers all the struggles he faced before he could even open his business. Itzik and his family are just one example of the thousands who relocated to Southern Israel following the Disengagement of 2005.

Nine years ago, the Israeli Government decided to withdraw the Jewish settlements of Gush Katif in Gaza. These families lost everything: their homes, communities, businesses, synagogues and more.

A majority of these people relocated to towns and cities in the South of Israel, which for years has been targeted by rocket fire from Gaza. Today, Israel is in a state of emergency; at least 70 percent of Israeli residents are at risk of rocket fire from Gaza and have had to experience the horror of the Code Red Siren, which gives seconds notice before a rocket strikes.

Aside from the obvious distress that this situation brings, income is down by nearly 90% for businesses in the South. Many people are unable to go to work; children are staying home from school and camps. Much is left unknown.

Making ends meet Prior to 2005, Itzik lived with his wife and five children in Moshav Katif. He worked in a marketing department in Beer Sheva and enjoyed the rural community life in Gush Katif. Following the Disengagement, his life began falling apart.

“I was at home for nearly a year,” Itzik recalls, “I wasn’t able to hold down a job for more than 3-4 weeks, tops. Our whole financial situation deteriorated, until there was not enough money for food. You are dying to work, but you simply can’t.” Like many evacuees, there was trauma and gaining stable ground seemed worlds away.

He and his wife dreamed of opening a catering business. Slowly, they saved money and recruited customers. “I remember the first Shabbat meals that we did,” he said. “To save money, I recruited our kids to help us. The business began to turn a profit, but it was slow going,” Itzik says with a smile.

In 2009, Itzik was contacted by the staff of JobKatif, an organization established for the sole purpose of assisting Gush Katif families left bereft of their livelihood to become financially independent. With some funding and advice from professionals, Itzik and his wife purchased a restaurant.

“JobKatif was a true and faithful ‘shaliach,’” he admits. “They helped us and thanks to all their support, we are where we are today. They believed in us.”

However, there is still more work to do, especially as the situation in Southern Israel has become more severe.

Some 500 individuals from Gush Katif still remain out of work. Because of the security situation in the South, even JobKatif needed to temporarily shut its training centers and counseling programs because people were just unable to attend. This year, the Israeli government renewed their commitment to these important endeavors and has promised to match up to 75% of the programming costs to help Gush Katif families find meaningful employment. But these funds are returned retroactively and dependent on JobKatif raising money from donors.

Over the past nine years, 2,500 people have found employment because of JobKatif. Among these people, 570 participated in vocational retraining courses. At least 200 small businesses are operating because of JobKatif’s start-up funding and guidance. Another 202 students now are studying in colleges and universities across the country, thanks to scholarships provided by Amutat Yedidut Toronto. To assist those remaining without work, JobKatif developed customized programs tailored for specific populations. These groups include: Bnei Menashe (Jews from India), small business owners on the threshold of success, people over 55 years, individuals with challenges, students and employed individuals who are dissatisfied with their jobs. The organization has over one year left to accomplish its goals.

“We have nearly accomplished our mission of assisting all Gush Katif evacuees to earn a living so that they can support their families with pride and dignity. As they once did in Gush Katif,” says Rabbi Yosef Zvi Rimon, founder and chairman of JobKatif. “We have made so much progress and with continued support, we can make sure that the burdens are eased and our brothers and sisters can live with peace of mind and stability.”

As it moves towards completing what it set out to do, JobKatif is seeking partners from across Jewish communities worldwide to join in relieving the struggles of unemployment in this difficult time. To contribute to JobKatif’s Shabbat Chazon campaign, tax-deductible donations can be sent to JobKatif 71-47, 171st St. Flushing, New York 11365 or online at www.jobkatif.org. For more information, please contact info@jobkatif.org or +972-2-547-4548. All donations will be matched 3:1 by the Israeli Government. 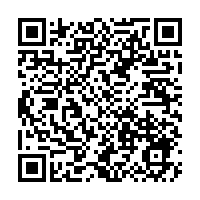