The UN Security Council is to convene an emergency session to discuss the heavy snow storm  enveloping Jerusalem. The 58 states who make up the Organization of Islamic Countries demanded the special session because of the untold suffering this is causing to the 200,000 Palestinians living in Jerusalem. In welcoming the move, Baroness Ashton of the EU confirmed that only Palestinian Arabs have been affected by the snow due to the racist ‘security’ wall that separates them from the 650,000 Jewish (illegal) settlers living in Jerusalem.

Speaking from Ramallah the Palestinian Authority’s leading cleric Sheikh Mohammed Luni Jihad asserted that the Israelis created the snowstorm specifically to punish the Palestinians and in particular to destroy the Al Asqa Mosque. While some climate scientists have disputed certain aspects of the Sheikh’s claim, there is universal agreement that this kind of freak snowstorm is due to man-made global warming which is caused mainly by the Zionist control of all the world’s natural resources. Al Gore and David Cameron both confirmed that the ‘science was settled’ for this.

UN Secretary-General Ban Ki-Moon was quick to agree to the special security council session, stating that there was no greater tragedy in the world today than the sufferings of the Palestinians, and that the snowstorm was a ‘disproportionate response’ by the Israelis to recent ‘minor’ provocations. The latter reference was to the totally harmless past time of Arab youths in Jerusalem to stone Jewish women and children (which in some cases does not even lead to death or serious injury). US Secretary of State John Kerry warned the Israelis that if the snow storm was allowed to continue – and hence deprive the Palestinian youths of the opportunity to stone Jews – then he would personally support a third intifada. Fortunately the Arab youths have already found inventive ways to express their frustrations in the snow.

Palestinian President Mahmoud Abbas was especially scathing in his criticism of the Israelis. He believes the snow storm has been created not just to persecute Palestinians but also to give the Israelis an excuse to delay the release of the next bunch of convicted terrorists earning Masters degrees in Israeli prisons.

Meanwhile on campuses through the western world students mobilized to show their support for the suffering Palestinians. A common theme expressed in protests was that the snow storm was an attempt by the Israelis to ‘whitewash their crimes against humanity’.

The Disasters and Emergencies Committee (DEC) has also launched an emergency appeal to ensure that additional money can be given to the Palestinians to buy tobogans and ski equipment for the terrorists released from prison who are all struggling to survive on an EU-funded salary of just $50,000 per year. 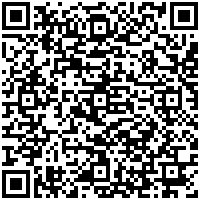