The media, pollsters and pundits, in short – the “experts,” were wrong in calling the US presidential elections. There’s an important lesson to be learned here.

The media and pundits are now busy soul-searching, trying to find out what went wrong. It would seem that most either blame the voters or themselves.

Blame the voters: Since these experts know-it-all, since they preferred one candidate and denigrated the other, since their preferred candidate represents all they believe is wise and good while the other candidate, differing from their set opinions, must be either very stupid or very evil, or both – then if the voters vote for that guy they must also be either stupid or evil, or both.
Blame themselves: The wise people of the media, polls, and digital soapboxes, just didn’t know the voters, didn’t realize just how dumb and evil the voters really are, at least those that voted for the “wrong” candidate.

Either way the basic premise is that those disagreeing with the “experts” are stupid, evil or a combination of both. Of course – if that is soul-searching, then perhaps the moon is indeed made of cheese, albeit rock-hard cheese.

However there is another voice: those that admit they really don’t know anyone outside their social environment. Not only do the “experts” from New York not know people from – say – West Virginia, they don’t really know people from a few blocks over in New York, either. I would venture to say that conservatives are much more exposed to liberal ideas, since they permeate much of the media and Hollywood, than liberals are to conservatives or conservative ideas.

If you watch this short video    about the immense gap between the perception of how voter ID laws would affect minorities and the real lives of said minorities, you will see how some people are so imprisoned in the secluded bubble of their social environment and ideological milieu that their perceptions of “others”, even the “others” they supposedly champion, are just so warped and detached from reality.

I think the fact is that many, perhaps most, of the “experts” may be experts in something, but aren’t really experts in many things that they proclaim on anyway. They’re often just people with an ideology, an expectation of how reality is or should be according to them, but not only do they often lack any actual knowledge of reality, but even lack a will to observe, learn and perhaps understand.

I wouldn’t write about the US elections except for the lesson to be learned from the colossal mistakes of the media and pundits: they talk about stuff they really don’t know much about.

If the good-intentioned people of the New York Times, for example, or other media “experts”, misunderstand the people living just a few streets away, if they lack knowledge of people living two states over, in spite of the fact that they all live in the same country and speak the same language – just imagine how little the media, the pollsters, the pundits and all the other “experts” really know about places far away from them, in lands that have vastly different histories, cultures and languages.

Just think: these same people – who with bias and hubris appoint themselves as the wise arbiters of the world – they probably have little real knowledge, or none at all, about the actual reality in the Middle East in general, or in Israel in particular. Many (most?) Western journalists come to Israel without a good, working knowledge of Hebrew or Arabic – the languages of the area; they don’t know the history, or have slanted knowledge distorted by pre-conceived notions based mainly on ignorance or superficiality. They know so little about Israel, Islam, and Judaism; they lack in-depth knowledge of the complex issues in history, law, morality or the character of the actual people. Yet – they report about Israel, a lot, in spite of their lack of real knowledge or deep understanding.

So, if all you know about Israel is from the media that doesn’t even understand East Harlem or Appalachia – then you don’t really know much at all about Israel. I invite you to come here – and learn, over a cup of coffee and my wife’s great cake

Will Trump Defy ‘Experts’ on Israel? 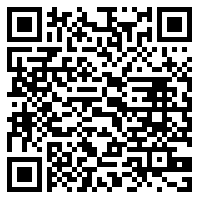