The Obama Administration is clearly terrified that Prime Minister Netanyahu is going to reveal new information about either Iran’s nuclear program, or about President Obama’s bad deal with the Iranians.

Secretary of State John Kerry’s people have gone so far as to say that if Israel reveals any details it will be a “betrayal” of America’s trust.


I’m trying to get this clear in my head…

Obama is rushing ahead to sign a deal with the Iranians that is apparently so bad he feels he has to hide important details from the American people.

Netanyahu wants to stop this bad deal, a deal which potentially harms both Israel and America, and the way Bibi wants to stop it is by letting the American people know the important details of the bad deal – details which Obama is trying to hide.

Netanyahu thinks that once the American people knows the terms of the bad deal and how it potentially endangers the US and Israel, they won’t support it.

So, to turn that offensive statement around, who exactly is betraying the American people here?

UPDATE: I want to clarify one point. I don’t believe that Netanyahu would publicize information on the deal provided to Israel by the US. I think Netanyahu is likely to reveal new information that Israel has directly acquired on Iran’s nuclear program. We’ll know in a few hours.

In this Reuters interview Obama reveals a few disturbing facts:

1) The US doesn’t actually know how far Iran is from breakout, because they don’t have any inspections going on.

2) The US wants to keep Iran at least a year away from breakout (which assumes that it knows what Iran is secretly doing, which hasn’t gone so well in the past).

3) In Obama’s deal, the restrictions on Iran end in around 10 years (double-digit years), after which Iran can openly continue to pursue the bomb – assuming they didn’t breach the agreement 9 years earlier.

Bennett: New Iran Deal ‘Shorter and Weaker Than Previous One’ 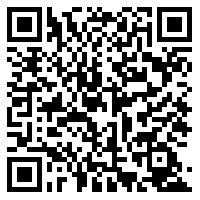