A president’s illness is no small matter. With so much power residing in one individual, the necessity of having a possible successor ready to take control in the event of the commander in chief becoming incapacitated is vital. It’s equally important that the public not be kept in the dark about the health of a potential president, especially in light of a number of instances during the 20th century. Presidents such as Woodrow Wilson, Franklin Roosevelt, and John Kennedy kept grave medical problems secret from the public with the connivance of the press. That’s why the announcement that Hillary Clinton has been diagnosed with pneumonia must not only be treated with the greatest seriousness but also prompt both major-party campaigns to come clean about the medical records of the nominees.


The political implications of Clinton’s medical incident during the ceremony commemorating the 9/11 anniversary in New York are obvious. While most serious people dismissed the rumors about Clinton’s health that were being circulated by Donald Trump’s supporters, what happened Sunday morning will deepen suspicions both about her health and whether her campaign has been telling the truth about it. As I noted last month, when the issue first came to prominence, a dubious pickle-jar test on a late night comedy show isn’t enough to prove that Clinton is not suffering from some unknown problem.

Having said that, a diagnosis of pneumonia isn’t a death sentence. Nor, given treatment, must it be anything more than a temporary setback (unless there are other complications we don’t know about). There are few jobs more physically demanding than running for president in a general election. For almost two years, candidates must sprint from event to event, flying all over the country on a daily basis. It’s a killing pace, and it’s a wonder that Clinton and Trump, who are respectively 68 and 70, have held up so well under the strain.

But Clinton’s problem is particularly ill-timed. Trump is attempting to portray himself as a big tough guy running against a frail woman. On hot days, people can get dehydrated standing around under the sun. But for Clinton to falter in this manner undermines her campaign’s preferred narrative, which characterizes all questions about her health as smears. And if people are prepared to believe the worst about Clinton’s health, it’s due in part to her consistently lying about matters such as her email scandal and the conflicts of interest involving the Clinton Foundation.

Up until now, Clinton has actually been far more forthcoming about her health than Trump. But even her more detailed statement has fallen far short of what previous presidential candidates have released. It is no longer possible for her to refuse to give us more until Trump is equally forthcoming. Clinton must now come completely clean with detailed medical reports and allow her doctors to be questioned by reporters with medical expertise. Given his age, Trump should do the same. As is the case with his tax returns, it’s doubtful that the billionaire will release a single document. But he’s not the one whose health is currently in question.

The Clinton campaign must understand that the discussion is no longer about conspiracy theories but about how she’s seemed to wear down amid the stress of the campaign. She may well be fine after some rest and medication, and be ready to serve as president. But unless we are given a complete dossier about her health — including more about her 2012 concussion — voters are now entitled to be cynical about reassurances from her supporters. After weeks of other setbacks related to her credibility, Hillary’s very bad 9/11 was the last thing her camp needed. 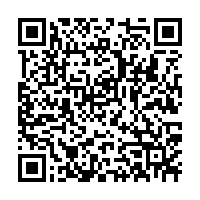