Jews in democratic countries are disproportionately disposed more than other groups to prefer the left spectrum of political and cultural affairs — a spectrum that is in general unfriendly to the evangelical Christian movement. It is therefore not surprising that only 20% of Jewish Americans hold a favorable opinion of the Christian right, the members of which tend to be favorable to the Republican Party. Yet it is strange when one considers that fact that Evangelical Christians have been strong supporters of Israel. A reasonable conclusion might be that for many American Jews, social and cultural values are more significant than support for Israel. Clearly, differences between many Jews and Christians, especially evangelicals, exist on social questions such as abortion, women’s rights, gay and lesbian rights, and political issues, such as separation of church and state. Such differences, however, do not, and should not, prevent a cordial and supportive relationship between those churches and the state of Israel.

Many Christian Evangelicals have supported Israel politically and financially since its creation. Evangelicals may even be the strongest single group supporting Israel. Theologically, a considerable number of evangelicals believe that Jews must possess their historic right to the land before Jesus can return. With the return of Jew to the Holy Land, evangelicals await the coming of the apocalypse, the return of Christ, and the conversion of Jews. Specifically, Israel is seen as playing a key role in events that will lead to the Second Coming of Jesus Christ. Accordingly, the holders of this view support the existence of the state of Israel and believe it will play a role in world affairs. Among the groups holding this position are Eagle Wings, Christian Friends of Israel, Bridges for Peace, and Christians United for Israel, which claims a membership of over one million. They often quote and take literally, Genesis 12, in which the Lord is quoted as saying to Abraham, “And I will bless them that bless thee and curse him that curseth thee.”

Evangelical supporters also sometimes refers to the Biblical passage in Ezekiel (36: 24); writing at the time of the Babylonian captivity, Ezekiel declared that God is speaking to the house of Israel: “I will gather you out of all countries, and will bring you into your own land.” Christians also seem to appreciate and support contemporary Israel as a democratic nation, exemplifying individual freedom, the rule of law and modernity in a geographical area otherwise devoid of these attributes. Endorsement also results from the realistic understanding that Israel has been subject to constant attack by modern Pharaohs in the Middle East and elsewhere who call, directly and indirectly, not only for boycott and divestment of the state but also repeatedly from Iran, for the genocidal elimination of Israel — “Wiping it off the map” — — in violation of both Iran’s obligation as a signatory to the United Nations Charter, which prohibits any member nation from declaring war on another member nation, and as a signatory to the 1948 Treaty Against Genocide.

For evangelicals, religious and political beliefs merge: God maintains the Biblical covenant with the Jewish people, even though they were and are not perfect; and further, the religious belief in Jewish sovereignty over the Holy Land is deeper than the geopolitical argument. However, some parts of that covenant are more controversial than others in concrete interpretation for evangelicals; in particular Genesis (15:18); “Unto thy seed have I given this land, from the river of Egypt unto the great river, the river Euphrates.” Public opinion surveys show that Evangelicals are likely to say that religious belief was the single biggest influence leading them to sympathize with Israel, to believe that God gave the land of Israel to the Jews, that Israel fulfills the biblical prophecy about the Second Coming of Jesus, and to declare they were more sympathetic to Israel than to the Palestinians.

Surveys also show that in the first decade of the 21st century the greatest increase in support for Israel of any religious group came from the Evangelicals. Although this support may partly result from the attempt to force the Second Coming, it is more likely to stem from a variety of factors: God’s promise to bless those who bless the Jews; appreciation that Jews provided the basis of Christianity; remorse over the Holocaust and over the past animosity of Christian churches towards Jews; the belief that God will judge people on how they treat Jews; and the appreciation of the democratic and religious free society that exists in Israel. 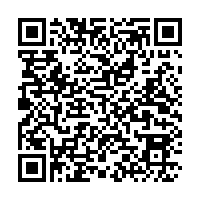