Home Analysis Rubin Reports Syria: Is the Proposed Cure Worse than the Status Quo?
Share on Facebook
Tweet on Twitter
Photo Credit: J. Hoffa
Originally published at Rubin Reports.
The Syrian civil war has crossed a red line. Some people may think this happened a few weeks or months ago but at any rate it is clearly true now. The prospects for an Islamist (Muslim Brotherhood, Salafist, and Jihadist) takeover have risen high enough that it is better to freeze Western intervention. In other words, the West should not do more to aid the rebellion and should consider stopping its current efforts in that direction.
Here is a fact so shocking that it should be the centerpiece of any discussion over Syria. It is so important I’m going to put it in bold:
The Obama Administration is backing (Islamist) Turkey as the distributor of weapons supplied by (opportunistically pro-Islamist) Qatar.  Turkey and Qatar want to give the Muslim Brotherhood a monopoly over receiving weapons even though most of the rebels are non- and even anti-Islamist. As this happens, the Obama Administration is thus working directly to install a revolutionary Islamist regime in Syria that will disrupt the region, help shred, U.S. interests, and battle with Israel for decades to come. A number of Republican senators see no problem with this strategy. Actually, it’s even worse.  Due to historical developments, the Syrian Brotherhood is more radical than its Egyptian counterpart. To maintain illegality under President Husni Mubarak, for decades the Egyptian Brotherhood had to restrain itself. Those who wanted violent revolution and faster action left to form separate Salafist groups. The Egyptian Brotherhood today sometimes cooperates with these groups–whose party finished second in the parliamentary elections–but they are also rivals.In Syria, however, the underground Brotherhood had no incentive to hold back. Consequently, while there are certainly a lot of non-Brotherhood Salafists, there are also a large proportion of really violent, impatient, open extremists in the Syrian Brotherhood. To do a simple analogy, the Syrian Brotherhood is more like Hamas than those slick Brotherhood leaders in Cairo who care to fool the West with their honeyed words. A Brotherhood-run Syria, with Salafists egging on the regime, would be an instant nightmare.
And so Western and especially American policy is doing tremendous harm: not by helping the “rebels” but by working with Turkey and Qatar to help the most anti-Western, anti-American, antisemitic, extremist rebels, the Muslim Brotherhood and the Jihadists from smaller groups all the way up to al-Qaida. If you are interested in the details read this remarkable report by Ammar Abuhamid, the best-informed and very honest Syrian analyst on what’s going on.
In brief, there is a massive battle on the opposition side to see who emerges as the greater power–the Islamists or the anti-Islamists ( defected army officers who are nationalists; moderate Sunni Muslims from the urban middle class; conservative, traditionalist Sunni Muslims who hate the Brotherhood; Kurdish nationalists; and even local, non-ideological warlords. And the West is supporting the wrong side.
By the way, the Saudis have a slightly different perspective. On one hand, they want a Sunni-dominated regime in Syria that will be anti-Iran and friendly to Saudi Arabia. They wouldn’t mind if it was heavily Islamic and since the main priority is destroying Iran’s number-one Arab ally, the Saudis will help the Muslim Brotherhood and various smaller Jihadist groups. But they prefer a regime that isn’t going to subvert them and create regional instability. In Iraq the Saudis supported Sunni groups that were affiliated with al-Qaida to beat the hated Shia. In Lebanon, the Saudis support moderate Sunni forces against pro-Iran Hizballah.
If there was U.S. leadership, a U.S.-Saudi partnership could promote a combination of Syrian moderate Sunnis and defected officers plus some sleazy–but non-Islamist–warlords.  The American president would tell the Saudis–as well as Qatar and Turkey–that it regarded arming small Jihadist groups and the Brotherhood as an unfriendly act. That is not happening.What is happening is that the Turkish regime and Qatar want a radical Islamist Syria and are getting the Obama Administration’s help in bringing it about, an outcome supplemented by Saudi aid to America’s enemies.
Yet now there are clearly different groups in the opposition, as Abuhamid explains in detail. To give one example, the powerful Syria Martyrs’ Brigade is traditionalist but not Islamist, while the Islamic Front for the Liberation of Syria tells you its goal in its name. To compile a list of groups that will and will not get arms would be an easy task for the U.S. government.

Another issue that is being mishandled is that of Syria’s Kurds. The easiest thing the West could do would be to help Syria’s Kurds who just want autonomy, not to be subject to the current directorship, radical Arab nationalists, or Islamists. This would make the Kurds of Iraq, American allies, very happy. But Obama won’t do that because it would make Islamist-ruled Turkey, an enemy of America that President Barack Obama loves more than any other country in the region, very unhappy and so probably won’t happen.

I’m very sorry to write this article for two reasons:
–The Syrians have suffered so much it is understandable that one should help end this civil war as soon as possible and get rid of the current anti-American and pro-Iran dictatorship.
–It would be easy to have a good policy toward Syria: funneling help to the non- or anti-Islamist rebel forces. Yet the United States has not made this distinction under Obama and neither the mass media nor the politicians even seem to be aware of this issue. Its help often goes to radical anti-American who want to impose another dictatorship on Syria. The Turks want a Muslim Brotherhood government; the Qataris do, too. The Saudis want to get rid of the current regime and replace it with a Sunni, anti-Iran one. With proper U.S. leadership and coordination the Saudis might play a constructive role but given Obama’s policy they will mainly just support Sunni Islamists as they did in Iraq.As if to outdo America, the French government is actually supporting for Syria’s leader a loudmouth former regime insider of no proven talent who is a radical Arab nationalist and someone who the rebels loathe.
Advertisement 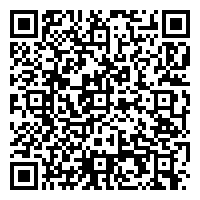