{Originally posted to the Jerusalem Online website}
According to Mendi Safadi, head of the Safadi Center for International Diplomacy, two different statements were published recently by two Syrian Opposition leaders, who called upon Syrian Jews to return to their homes and to regain their assets in the post-Assad era. They also expressed their willingness to cooperate politically with Israel and to sign an agreement that will ensure regional stability.

Fahd Al Masri, Chairman of the National Syrian Salvation Front, called upon Syrian Jews to return to their homes and regain their assets in a post-Assad Syria. He also promised the Jews that they will receive compensation for all of the damaged Jewish property. He stressed that Syrian Jews are part of the landscape and history of Syria, emphasizing that they can be used as a bridge between Syria and Israel, noting that they should have rights like any other person in Syria.


Al Masri called upon all of the regional players including Israel to establish a Regional Safety Council with the backing of the UN that would hold sessions frequently, where one can discuss strengthening regional security. Al Masri believes that this is a guaranteed solution for any problems that lead to wars, bloodshed and hostilities between nations.

Aside from Al Masri, Muhammed Adnan Hussein, the chairman of the Syrian Movement for Peace, announced that Israel has ceased to be an enemy from the day that they sent humanitarian and medical assistance to the Syrian people. He stressed that the Assad regime taught Syrians to hate and be hostile towards Israel without knowing anything about the people who sit across the Western border. He claims that the Syrian people have seen how the brave Israeli leadership stood beside justice and supported them in their struggle for freedom and democracy without asking anything from them. According to Hussein, this sense of nobility very much surprised the Syrian people.

“We are at the forefront of the fight against the Hezbollah terror that cultivated Assad the father and son that was financed by Iran, who is a joint enemy of our two peoples,” Hussein declared. “We must join hands and fight them together. Our joint activity is the only guarantee for the eradication of Iranian terrorism.”

Regarding Syrian Jews, he stated: “Syrian Jews were always like every other Syrian and post-Assad, the Jewish community can return to its glorious days. We want that you will return and to build together with us a new Syria. There cannot be a Syrian culture without the Jews that were part of this mosaic and any Jew that returns will get his home and assets back while lacking everything that had forced him to leave.”

“As someone who has been following the Syrian Revolution since its beginnings and has contacts with many Syrian Opposition groups, I was not surprised by the letters that I received recently,” Mendi Safadi told JerusalemOnline News. “The Syrian Opposition began to open channels with us since the first days of the Syrian Revolution. Some wanted this but were afraid yet with the time got the courage to reach out. There are those like Kamal Labani that were against it initially who made contact with Israel and with the time exposed the truth about the country, thus invalidating all of the slogans they grew up with. They asked to get closer and today have turned into great supporters for the relationship with Israel. There are many other examples. What I hope is that the madness of the international community in Syria will stop and they will work to logically find a solution for Syria that will restore regional stability. Shelling civilian population centers and eradicating hundreds of women and children in Aleppo will not bring about a solution but will encourage more terrorism.”

“Bodies reportedly littered the streets of a number of east Aleppo neighborhoods, with residents unable to retrieve them due to the intense bombardment and fear of being shot,”Zeid Ra’ad Al Hussein, the UN High Commissioner for Human Rights, told CNN. According to Al Araby, the Assad regime and their allies committed mass executions and rapes as well as burnt bodies within the city of Aleppo. Some women and children were even reportedly burned alive while other women were raped in front of their husbands and children. There were numerous reports of massacres within the city. 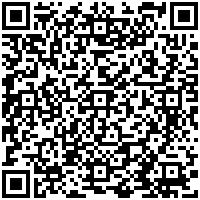