In order to avoid the failed Middle East track record of all US Presidents, since 1948, President Trump should refrain from – rather than repeat – the systematic errors committed by his predecessors.

They were misguided by the political correctness and conventional “wisdom” of the US State Department, which courted Saddam Hussein until the 1990 invasion of Kuwait, embraced Ayatollah Khomeini, betrayed the Shah of Iran, identified with Egypt’s Muslim Brotherhood, deserted Mubarak, heralded Arafat as a messenger of peace, facilitated the Hamas takeover of Gaza, and welcomed the Arab Tsunami as “Arab Spring, a transition toward democracy.” The State Department has sacrificed the 1,400-year-old complex, disintegrating, unpredictable, volcanic, violently-intolerant and frenzied Middle East reality on the altar of well-intentioned, but oversimplified and futile attempts to reset the Middle East in accordance with a Western state-of-mind and values.


Largely ignored by the State Department, the conflict-stricken Arab Middle East has adopted the norm that “on words one does not pay custom,” especially when aimed to mislead, confuse and defeat the “infidel” Christian, Buddhist and Jew.  Thus, Western establishments attribute much credibility to the philo-Palestinian Arab talk, while failing to examine the Arab/Palestinian walk.

Contrary to the State Department worldview, Arab policy-makers have never considered the Palestinian issue a top priority, nor a core-cause of regional turbulence, nor the axis of the Arab-Israeli conflict.  All Arab leaders have been preoccupied with domestic, regional, intra-Arab and intra-Muslim lethal challenges – such as the threats posed by the megalomaniacal Ayatollahs and Islamic terrorism – which are unrelated to Israel’s existence and the Israel-Palestinian dispute.

Unlike the State Department, Arab leaders do not consider the Arab-Israeli conflict “the Middle East conflict.” They are aware that the raging Arab Tsunami – which triggered violent regime change in Tunisia, Libya, Egypt, Yemen, Bahrain, Iraq and Syria – is totally independent of the Arab-Israeli conflict and Israel’s existence. The boiling Arab Tsunami has pro-US Arab leaders to an unprecedented counter-terrorism cooperation with Israel, which they perceive as a regional stabilizing force, contrasted with the unreliable Palestinians.

While Foggy Bottom believes that an Israeli retreat to the pre-1967 ceasefire lines would produce an Israel-Arab peace, Arabs have been unable to produce intra-Arab peace during the last 1,400 years. Is it realistic to assume that a dramatic Israeli concession would induce the Arabs to accord the “infidel” Jewish state that which they have denied each other – intra-Arab peaceful coexistence?! Is it reasonable to assume that an unprecedented Israeli concession would convince the Arabs to depart from a major tenant of Islam (Waqf), and recognize an “infidel” entity in the Middle East, which is designated by Islam to be divinely and exclusively-ordained to the “believers”?!

In contrast to State Department policy, the reconstruction of Jewish settlements in Judea and Samaria (since 1967) has never been the cause of the anti-Jewish terrorism (since the 1920s) and the Arab-Israeli wars (since 1948).  Middle East reality documents that the real cause of these wars has been the existence – not the size – of the Jewish state in an area which is, supposedly, part of “the abode of Islam.”

Ignoring Middle East reality, and insisting on US – and sometimes international – mediation, the State Department has generated a litany of Israel-Arab peace initiatives.  All the initiatives failed, while further radicalizing Arab expectations and demands, reducing Arab incentive to negotiate directly with Israel, intensifying US-Israel and US-Arab tension, undermining US clout and the prospects of peace.  On the other hand, two Israeli initiatives of direct negotiation produced two peace accords with Egypt (which was initially opposed by President Carter) and Jordan (which was encouraged by President Clinton).

US involvement is critical during advanced – not early – stages of direct Israel-Arab negotiation.

Contrasting the Palestinian-driven State Department order of priorities in the Middle East, US national security, mutually-beneficial US-Israel cooperation and US-Arab relations dramatically transcend the limited role of the Arab-Israeli conflict and the Palestinian issue in shaping/shaking the region.

Moreover, contradicting the State Department worldview – and against the backdrop of the raging Arab Tsunami and the Palestinian track record of hate-education, terrorism, subversion and collaboration with Nazi Germany, the USSR, the Ayatollahs, North Korea and global terrorism – a Palestinian state would intensify regional instability, undermining cardinal US interests.  It would threaten Jordan’s pro-US Hashemite regime, with agitating ripple effects into Saudi Arabia, the Gulf States and Egypt, upgrading Russia’s, China’s and Iran’s power-projection in the region (e.g., docking and military base rights), and forcing the flight of the remaining Christians from Bethlehem, Beit Jallah and Beit Sahur. 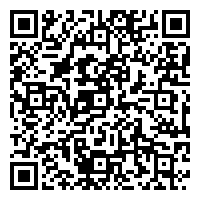