The European Union, and especially its common currency, the euro, is on the brink of collapse. The Greeks, unable to form a government after the May 6 elections, will have to go to the polls again next month. In Germany, Chancellor Angela Merkel is rapidly losing support. If she cares about her reelection next year, she had better push Greece out of the eurozone rather than keep that country afloat with German taxpayers’ money. If Greece leaves, the whole euro edifice might come down – a better outcome than the present situation, in which extremist parties on the Left and the Right (all of them anti-Semitic) are rapidly gaining electoral support at the expense of mainstream parties which keep clinging to the failed project of the common European currency.

A recent program on German television revealed that former German Chancellor Kohl had exchanged the strong D-mark for the crisis-prone euro because he wanted to atone for Germany’s role in the Second World War. Contemporary Germans, however, are not inclined to pay for the Greeks and other southern Europeans to make up for their grandfathers’ role in the Second World War.


The euro project was flawed from the beginning. It lumped various countries with widely divergent economies, cultures, and languages together in a single monetary union, imposing a “one size fits none” monetary policy on 17 countries which have little in common but the fact that they are all located on the European continent. It is as if the U.S. were to renounce the dollar for the ‘amro,’ a common currency with countries as different as Mexico, Colombia, Brazil, and Argentina.

In this fashion, a prosperous and industrious northern European country such as Germany, the economic powerhouse of Europe, renounced the D-mark for a euro, which also included a nation such as Greece, where corrupt politicians lied and cheated about the country’s dire economic situation.

A documentary on German television last week revealed that the political class in Europe knew that the Greeks were cooking the books, but did not care. The euro was a political project. Former European Commissioner Frits Bolkestein admitted as much in the documentary. Former German Chancellor Helmut Kohl renounced the D-mark for a euro which was to include as many countries as possible. “Kohl was a romantic as far as the EU was concerned,” Bolkestein said. “For Kohl, European unification was the way for Germany to atone for the Second World War. That is why he wanted to have as many countries in the eurozone as possible, whether they qualified or not.”

Bolkestein admitted that he had misgivings about the inclusion of countries such as Greece in the eurozone. In the same documentary, Jean-Claude Trichet, president of the European Central Bank from 2003 to 2011, admitted that the financial crisis in Greece, which is currently dragging the euro down with it, could only have happened because the EU refused to see the obvious. It was an eye-opening documentary that enraged many Germans viewers.

All ten of them fell — directly or indirectly — as a result of the eurocrisis. It is generally expected that the same fate will befall Germany’s center-right Chancellor Angela Merkel in next year’s German general elections. Merkel is Helmut Kohl’s successor as leader of the Christian-Democrat Party CDU. In last Sunday’s state elections in North Rhine-Westphalia (NRW), Germany’s most populous state, where almost a quarter of all Germans live, the CDU lost its position as the biggest party in the state to the Socialists. The CDU lost a quarter of its votes, while the Pirate Party, some of whose leaders acknowledge that the party is infiltrated by neo-Nazis, entered the NRW state parliament.

The largest European countries – Germany, France and Italy – which were (or, in Germany’s case, are) led by center-right politicians, are shifting to the left. In countries where the left has lost the leadership, the extreme-left won significantly in the elections. 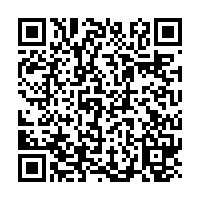