Rep. Adam Schiff, the chairman of the House Intelligence Committee, is rejecting Republican requests for him to testify before the Judiciary Committee, denying that he is a “fact witness” in the Democrats’ controversial impeachment probe.


Below, in no particular order, are four major reasons Schiff is indeed a fact witness despite his protestations to the contrary. Schiff should be called to testify to explain these significant issues.

In his official request asking Schiff to testify, House Intelligence Committee ranking member Devin Nunes (R-CA) said Schiff must answer questions about any conversations that he or his staff held with the so-called whistleblower.

Nunes wrote that that in August 2019, Schiff and his staff “met with or talked to the whistleblower who raised an issue with President Trump’s phone call with Ukrainian President [Volodymyr] Zelensky.”

“Although you publicly claim nothing inappropriate was discussed, the three committees deserve to hear directly from you the substance and circumstances surrounding any discussions conducted with the whistleblower, and any instructions you issued regarding those discussions,” noted Nunes.

“Given that you have reneged on your public commitment to let the committees interview the whistleblower directly, you are the only individual who can provide clarity as to these conversations,” Nunes wrote.

Schiff’s mischaracterizations were so egregious that even CNN reached this damning conclusion in a “fact check” piece:

“Schiff’s remarks did make it easy for viewers to get confused. He did not make clear which words he was taking directly from Trump’s comments in the rough transcript, which words were his own analysis, and which words were meant to be the comedic ‘parody’ he later said he was intending.

“At some points, Schiff’s words strayed quite far from what the rough transcript showed Trump saying.”

Thomas Eager, a staffer on Schiff’s House Intelligence Committee, is currently a fellow at the Atlantic Council’s Eurasia Congressional Fellowship, a bipartisan program that says it “educates congressional staff on current events in the Eurasia region.

Burisma in January 2017 signed a “cooperative agreement” with the Council to specifically sponsor the Atlantic Council’s Eurasia Center, where Eager serves as a fellow.

As Breitbart News reported, itinerary for a trip to Ukraine in August organized by the Atlantic Council reveals that Eager held a meeting during the trip with Acting U.S. Ambassador to Ukraine Bill Taylor, now a key witness for Democrats pursuing impeachment.

Breitbart News further reported that Taylor himself has evidenced a close relationship with the Atlantic Council think tank, writing Ukraine policy pieces with the organization’s director and analysis articles published by the Council.

4) Two Schiff staffers are tied to the Atlantic Council, a think tank that is funded by and works in partnership with Burisma, the natural gas company at the center of allegations regarding Joe Biden and his son, Hunter Biden. One of those staffers, Sean Misko has been described as “close friends” with Eric Ciaramella, whom Real Clear Investigations suggests is the likely so-called whistleblower.

Misko reportedly joined Schiff’s staff at the House Intelligence Committee in August – the same month the so-called whistleblower’s complaint was filed after first reportedly interfacing with a staffer for Schiff’s office.

Misko in 2015 was a yearlong “Millennium Fellow” at the Burisma-funded Atlantic Council, which has been under the microscope for its ties to other individuals associated with the Trump impeachment inquiry.

Besides serving as a fellow at the Atlantic Council in 2015, Misko is also listed as providing a small donation of up to $999 to the think tank in 2016.

The newspaper reported the two “had similarly antagonistic attitudes toward the Trump administration and were witnessed by a former National Security Council official, like Ciaramella, a nonpolitical appointee, to frequently be around one another.”

A RealClearInvestigations report by investigative journalist and author Paul Sperry named Ciaramella as best fitting the description of the so-called whistleblower. 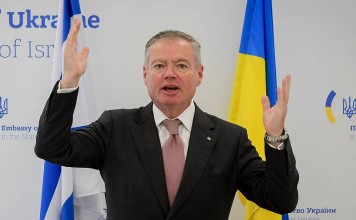 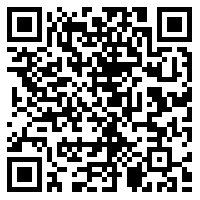