Yarmulkes off to Secretary of State John Kerry who pushed back against the repellent nauseating comments of Turkish Prime Minister Recep Tayyip Erdogan who had said, at a U.N.-organized conference in Vienna (where else?) on February 27, that Zionism was a crime against humanity. Kerry said that United States found his comments “objectionable.”

Erdogan has said far worse. In 2010 he offered this nugget: “Even bullies, pirates and criminals have a code of honor. But for those who have none, it would be a compliment to call them names.” And last November he accused Israel of state terrorism and of an “attempt at ethnic cleansing.” But Kerry’s condemnation is essentially the first time Erdogan has been called on his disgusting remarks.


There is a reason.

The current thinking of the State of Israel and its allies worldwide is that the Jewish state must embrace whatever friends it can find in whatever form they take. And if those ‘friends’ offer outrageous oral attacks, just sweep it under the rug. Verbal assault? Water off a duck’s back. What matters is what people do, not what they say. Erdogan has to cater to his constituents at home. He’s got to serve up fresh meat in order to remain popular. Turn the other cheek to his insults. Egyptian President Muhammad Morsi, who called Jews “apes and pigs” in an Egyptian television interview in 2010, has to cater to the Arab street. He hasn’t gone to war to reverse the Camp David accords, right? So never mind what he says. Don’t respond or things will escalate.

I remember how Israel and world Jewry adopted this posture with Yasser Arafat after he signed the Oslo accords. Here was a man who had ostensibly made peace with Israel. But that did not stop him from regularly speaking of “the terrorist activities of the Israeli occupation and the Israeli crimes” (CNN Interview, 2002). At the World Economic Forum in Davos in 2001, Israel’s partner in peace said that the Jewish state was engaged in a “savage and barbaric war” against the Palestinians. He later spoke of Israel using “blatant and fascist military aggression against our Palestinian people” (The New York Times). Most significantly, he declared in July 2008 that Palestinian men, women, children would fight until Judgment Day, when the Palestinians will take over Jerusalem as their capital.

Err… it may sound like war. But he wasn’t openly calling for hurling bombs at buses, correct? So he remained kosher.

But it is my strong opinion that overlooking incendiary rhetoric is exactly what led to the global delegitimization of Israel from which we suffer so severely today. The Jewish State is trapped not only in a war of bombs and missiles but primarily in a war of verbs and words. Its major defenses can no longer include just tanks and helicopter gunships but eloquence, articulateness and factual fluency.

How did Israel, the Middle East’s sole democracy, which respects the rights of women, gays, and everyone in-between, become one of the most maligned and hated nations on earth? How is it possible that Israel retains, in a global poll of citizens of 22 countries conducted by Globescan, the same negative rating as North Korea (50) and is seen more negatively then even Iran, which stones women to death?

The answer is that Israel has paid lip service to the verbal assault against its reputation for decades. Israeli hasbarah has been a monumental failure not because Israel cannot enunciate but because it failed to understand the importance of words. While Israel was developing advanced radar and the Iron Dome defensive shield, the Arabs were unleashing a global army of articulate spokespeople on campuses, the BBC, and CNN. Arab leaders who were Israel’s ostensive allies were criticizing Israel daily at the U.N. It did not take long before Israel – defenseless and silent – became one of the great pariah nations of the world.

And the only way to combat now and reverse the growing delegitimization it is to create an army of words warriors who employ the power of spoken truth to champion Israel’s cause.

First, we must create an institute, an advanced scholarship, where young Jewish leaders will be trained to become charismatic spokespeople of the Jewish community and defenders of Israel worldwide. The institute would provide real-world media training, debate preparation, broadcasting, op-ed writing, and rhetoric in an effort to create the most charismatic spokespeople for Israel and a new generation of global champions of the Jewish cause. It is the objective of This World: The Jewish Values Network, to create this institute in the near future. 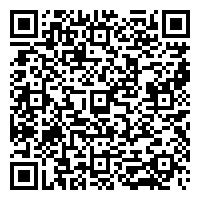