Begin surrendered the entire Sinai Peninsula to Egypt and destroyed Yamit and an entire settlement bloc. Shamir sent Israel to sit in rooms with plastic covered windows and doors, waiting for the Iraqi missiles to explode (and leaving the state’s security, for the first time in Israel’s history, in the hands of the U.S.). Netanyahu hugged Arafat and gave him almost all of Hebron. Sharon destroyed Gush Katif. And now Lieberman is already making more leftist declarations than his predecessor in the Defense Ministry.

Usually, the Right attempts to answer this question on the basis of faulty character traits: “Begin was weak, Netanyahu is spineless, Sharon was always a leftist, and Lieberman is simply corrupt…” But that is ridiculous. Every leader has his strong and weak points. The Right’s leaders are no less worthy than the leaders of the Left. On the contrary, they are generally more talented. The answer does not lie with their character. It goes much deeper:

The Israeli Right does not really have an alternative agenda to the Left. The distinction between Right and Left does not revolve around questions of peace and security; it revolves around the question of identity: Is Israel a Jewish State or a state of all its citizens?

And the Right? The Right has never attempted to formulate a policy that revolves around the Jewish identity of the State of Israel.

After Defense Minister Lieberman destroys Amona, releases terrorists, opens roadblocks and freezes construction in Judea and Samaria, Israel will go to elections. At that point, he (and the rest of the Right) will issue some belligerent declarations about the Arabs and will once again rake in the votes of the pushovers who never die and never need to be replaced.

To change the entire paradigm and bring true peace and security to Israel, our state must connect first and foremost to its Jewish identity and identify itself as a unique, liberty-based Jewish state. 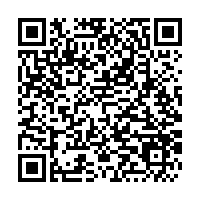