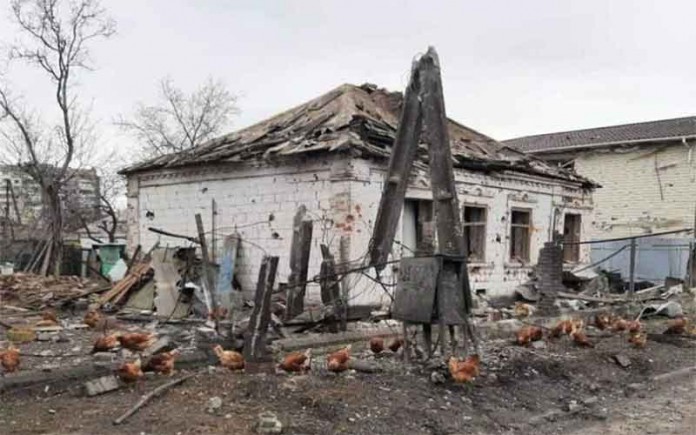 MARCH 5 — In the southeastern Ukrainian city of Mariupol on the coast of the Azov Sea, Yulia Tirgum, her husband, and their two children were trapped in their apartment with no electricity and no heat. Only a thin stream of water flowed weakly from their faucets, and there was no guarantee how long even that would continue.

Still, home remained the best of what were only bad options. “It’s almost impossible to leave the house, because you don’t know where the bullet might find you,” Tirgum, 40, texted March 3 via the messaging app Viber. “Do not listen to anyone [saying] that the civilian population does not suffer — this is not true. Now [that] our cell phones and the Internet are disconnected we can not talk about it.”

Communication with the lifelong Mariupol resident was only possible for brief and unpredictable periods before her weak internet connection would completely disappear again.

She described continual waves of missiles and rockets from air, land, and sea. At the start of the war, they hit the outskirts of the city, but now they pummeled its center as well. Three days ago, a missile struck in the yard outside her complex of nine-story apartment buildings. She and her family were in an interior hallway of their building at the moment of impact.

“That saved us, but it was very scary,” she wrote. “The house was shaking as if we were riding a train.”

The explosion shattered the windows of three buildings in the complex and the nearby school as well. Cars and shops all around were burning. She couldn’t confirm the number of people wounded or killed, only that a 16-year-old boy, in 11th grade at the school, was among the dead.

“Everyone who was on the street at that moment was injured or perished,” she wrote.

Shelter, vital supplies, and escape from besieged cities: these were the keys to survival many Ukrainian Jews were seeking as the Russian invasion entered its second week.

On Thursday, Ukrainian and Russian negotiators acknowledged the need to establish humanitarian corridors, reflecting growing fears about an imminent crisis in multiple major cities under attack. As of today, however, Ukrainian officials said the Russians were not upholding the proposed ceasefire and continued to shell residential areas of the besieged city. If corridors that would allow civilians out of the cities and critical aid to enter them are not established and maintained, Ukrainians in many cities could run out of food, medicine and other supplies.

Long Lines at Stores and Long Waits Underground in Kharkiv

About 400 kilometers to the north, Kharkiv is also surrounded and under fire from Russian airstrikes and ground missiles. Not only was Kharkiv the second largest city in Ukraine at the outset of the war, with a population of 1.4 million, but it was also home to an estimated 40,000 Jews, one of the largest communities in the country.

Local resident Leonid Plotnitzky, 50, expressed shock at Russian President Vladimir Putin’s decision to invade Ukraine, and said he wasn’t alone. “[Ukrainians] didn’t believe that in the 21st century, especially without a reason, war is possible,” Plotnitzky wrote via Viber on March 3. “Since we expect the war, I personally didn’t prepare,”

Much of the city’s Jewish infrastructure is located in the city’s center, and the buildings of Chabad’s Ohr Avner Jewish Day School and Hillel International’s local chapter were among those struck in recent days. 20 to 100 residents have been living in the event hall below the ground floor of the historic Kharkiv Choral Synagogue since the war began, according to accounts from the city’s chief Chabad emissaries Rabbi Moshe and Miriam Moskovitz and other locals. The Moskovitzes evacuated the city on Wednesday with their family and other Chabad emissaries to Dnipro, a major Jewish center to the southwest, but people continue to shelter in the synagogue’s hall and collect free meals from its kitchen.

As of March 3, Dmitry “Yishai” Shapovalov, 36, hadn’t been to the synagogue since he stopped by to pick up challah, chicken, and wine for Kiddush for Shabbat last week. The IDF veteran lives in Kharkiv with his mother and two kids. He described lines of up to 300 or 400 people outside the general stores and pharmacies that are still open. In most cases, he said, the stock in grocery stores is normal, with the exception of perishables like eggs, milk and bread.

“Stores are open from the morning until noon or 1 p.m.,” he said in an interview via WhatsApp. “If there are planes and sirens, they close the store.”

When the sirens begin — “and they are barely audible,” he noted — people head down into utility rooms under the ground floors of apartment buildings because there are no bomb shelters. Under normal circumstances occupied only by furnaces and water pipes, these spaces have no bathrooms or electrical outlets. Everyone sits and waits, listening. When it sounds like the explosions have stopped, the people reemerge. And the cycle begins all over again.

Shapovalov’s impression is that nearly 60% of the populace left or is leaving the city, and the remaining residents fall into two categories.

“There are those who are living in basements around the clock because their neighborhoods are under constant bombardment, emerging only to shower or use the bathroom and immediately returning,” he said. Then there are those living closer to the center of the city who remain in their apartments above ground, going out as infrequently and quickly as they can to make critical purchases of food or medicine.

Leaving the city doesn’t mean escape from worries about scarcity, however.

At the sound of the first explosions near Kharkiv on the first day of the war, members of the Zherber family grabbed food, medications, and other essentials – including a total of three cats – and fled the city for their country home, or dacha, 50 kilometers away.

“Whoever had the ability, left,” said eldest daughter Anna, 24, in a phone interview March 3.

Along with her husband and an assortment of in-laws, there are now eight people at the cottage. Distant from the major highway, they haven’t seen any military vehicles. They have water and electricity. There are no bombs rattling their walls or tanks rumbling down their garden path; at most they hear the faint sound of faraway explosions, rarely.

“How it will be tomorrow or a day after tomorrow, I don’t know,” said Anna, “but now, our place is quiet. Quiet, and we are safe here.”

Anna’s grandmother insisted on remaining in Kharkiv, however, as did Anna’s cousin and his wife. The Zherbers hear that there are explosions “every minute, every 10 minutes, every half hour – it’s too much,” she said. “Houses are burning. This is terrible.”

Yet isolation carries its own risks. “Nobody’s bringing food or medicine to where we live. We have to go to a small town or village nearby and buy whatever they need,” she said.

If goods become scarce in the small towns they are dependent on or leaving the dacha becomes dangerous, how much food and medication do the Zherbers have with them now?
“Enough for about five days,” said Anna.

‘This is Our Country’

When the conflict between pro-Russian separatists and pro-Ukrainian nationalists broke out in eastern Ukraine in 2014, the experience in Mariupol was drastically different for Tirgum from what she is living through now. The power stayed on, there was access to food and gas for vehicles, and shelling was limited to the city’s eastern outskirts, she wrote. Critically, it was also possible to leave: Her husband stayed on in the city and continued going to work, but she and their children retreated to the countryside before the situation eventually improved.

“Now there is nowhere to run away, we are surrounded,” she wrote. “They do not let us out of the city and it is very dangerous, they are shooting everywhere.”

In Kharkiv, said Shapovalov, people are using a Telegram channel to crowdsource space in cars attempting to head west to the Jewish community of Dnipro and points beyond. ThereThere is no official community evacuation effort people can turn to right now, he said. It is up to individuals to work together.

Plotnitzky knows that volunteers are trying to shuttle people out of the country’s hot spots, but he is staying in Kharkiv because he wants to remain near the son he shares with his ex-wife.

“In case he needs my help,” Plotnitzky explained. “And you never know in general how events will develop — the country may need my help.” In addition to possessing a degree in civil engineering, he is an assistant professor of physical education and a former power-lifting coach emeritus at a local university. He is ready to join in the defense of Ukraine at any moment.

“In our country everyone is ready and doing it, regardless of age and religion,” he said.

The Zherber family have relatives in Israel, Germany and the United States, but they don’t plan to flee further than their family cottage outside the city.

“We decided not to evacuate because this is our country,” said Anna. She called antisemitism in Ukraine “Putin’s fantasy.” Speaking through tears, she said she wanted people outside Ukraine to know that Putin is a liar and a fascist. “Ukraine is an independent country and we want to live in peace.” 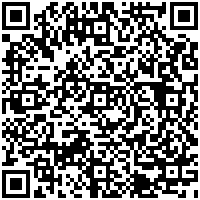