In the wake of the Jersey City shootings last week, Rabbi Gavriael (Gary) Moskowitz – who has been training in martial arts for close to 50 years – wants Jews to be prepared.

“The Jewish community has had a long history of suffering from attacks,” he told The Jewish Press. “We have to turn this around. People are getting punched in the face, women’s wigs getting snatched off, and swastikas are being painted on our synagogues. [Now it’s] terrorists trying to kill our children. The Bible commands us to protect ourselves and our community.”


On Monday, Rabbi Moskowitz began teaching a martial arts curriculum he created called Applied Martial Arts to about 30 young, mostly chasidic men in Williamsburg, Brooklyn. His goal is to have trained Jews inside every shul and Jewish institution, able to respond quickly and decisively if a terrorist comes through the door.

“There should be a rabbinical decree that every yeshiva train their kids in judo. By the time they are bar mitvah’ed, they will know how to fight.”

Moskowitz said the Torah is full of examples of Jews defending themselves during times of crisis. “Moshe Rabbeinu, our great leader – when he saw an Egyptian killing a Jew, he didn’t form a committee to discuss the problem. He didn’t go to the Anti-Defamation League and ask, ‘What should I do?’ He killed him. He stopped it right away. That’s how we have to react.”

Rabbi Chaim Ruttner, acting rabbi of Congregation Beth Jacob Ohev Shalom, where the class took place on Monday night, told The Jewish Press, “There is such a thing as called hishtadlus. Nobody thinks that by doing this alone we are going to prevent all violence, for salvation comes from Hashem. But we have to do what’s in our power and [then] Hashem will do what he has to do.”

Born in the Bronx, Moskowitz says he had a very difficult childhood. “The neighborhood was changing and I got beat up a lot because of my kippah – not just because I was Jewish but because I was seen as a weaker target. It got so bad, I wanted to kill myself. It was very bad for me,” he said.

Then, one day, he heard about Rabbi Meir Kahane, founder of the Jewish Defense League (JDL), and realized he could fight back. He attended Kahane’s demonstrations and, at age 14, was invited to Kahane’s JDL camp. “I learned Torah, shot guns everyday, and became a born-again Jew,” he said. “Out of 50 people who joined that summer, I was one of only 15 who completed it.” Ten years later, Moskowitz returned as an instructor.

Moskowitz, who later became an NYPD office, said the skills he teaches are strictly for defense, not offense, though “sometimes a quick offense is the best defense.”

Rabbi Ruttner believes martial arts training is good for young members of the community, and not only because it teaches them how to fight. “We all know how exercise helps the brain; it releases endorphins,” he said, and this release “will help them in yeshiva and all over.”

Asked why he attended the class Monday evening, Joseph Katz, 17, who works in a local kosher bakery said, “I thought it would be good for defense and building confidence. I really feel the pain from the attacks [in Jersey City] and I think this is important for people to do.”

Another class attendee, Elliott Gordon, said, “Police come after the fact to basically clean up the crime. We have to prevent the crime ourselves. … What just happened in Jersey City is a wake-up call.” 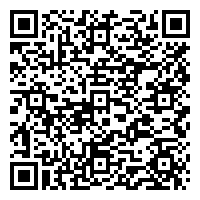