The recent release of yet another batch of Nixon tapes and transcripts inspired a new round of fulminations by Nixon-haters, most of whom are tellingly silent or remarkably forgiving when the misdeeds and indiscretions of other former presidents are revealed.

There was nothing in the new disclosures to surprise any student of the life and career of Richard Nixon. His insecurities, resentments and old-fashioned bigotry are all there, but we’ve known about them for decades; the only thing that never fails to baffle when one reads or listens to these Oval Office conversations is how a shrewd and calculating politician like Nixon could have so nonchalantly bared the underside of his soul over the course of two and a half years and thousands of hours – all the while knowing his words were being recorded.


With the 35th anniversary of Nixon’s resignation just a few weeks away, the newly released material – while confirming that Nixon, like a disconcerting number of his fellow presidents, was a strange and unpleasant fellow – can’t help but bring to mind the claim by Nixon partisans that Watergate would have been viewed as just politics had Nixon been a liberal Democrat or even a Republican who didn’t happen to be the longtime bete noire of liberal journalists.

One needn’t be as far gone as Stein in his see-no-evil appreciation of Nixon to acknowledge at least a kernel of truth in his position, especially given the revelations of the past 30 years that presidents before Nixon had engaged in the same activities that ultimately brought him down – activities that reporters had not considered a matter of public interest when the presidents involved were named Roosevelt, Kennedy and Johnson.

Such second thoughts actually started not long after Nixon’s resignation in August 1974; in a much noted article the liberal journalist Nicholas von Hoffman wrote, “In the months since [Nixon’s] departure, his defense looks better. Half a dozen Congressional committees have brought forth volumes of information all adducing that the break-ins, the tapping, snooping and harassment have been routine government activities for at least a generation.”

In his 1977 book It Didn’t Start With Watergate, the late Victor Lasky wrote, “Democratic scandals of comparable, if not greater, significance were permitted to glide by without any of the overwhelming and unrelenting attention later paid Watergate by a press which … sought to disembowel a hated president.”

Even the legacy of Woodward and Bernstein – the Washington Post reporters who broke the Watergate story and kept it alive until congressional investigations started up in mid-1973 – is no longer viewed as a purely heroic one. The duo’s excessive reliance on unnamed sources has, over the years, come under increasingly critical scrutiny; Watergate, the liberal historian Alan Brinkley told The New York Times, “created a model of journalism that is easily abused and debased. It created generations of people trying to replicate that role by digging in more and more unsavory ways….”

As the late Theodore White noted in his The Making of the President 1972, “At some point in the 1960s [journalists] had begun to see themselves as creators of the news – not the recorders, but the shapers, of events.”

“It was Nixon’s misfortune to be in office,” wrote former Nixon speechwriter Ray Price, “when both ‘advocacy journalism’ and the notion that the media should be ‘adversary’ to the government enjoyed their greatest modern-day vogue.”

The late Vernon Walters, who served as deputy director of the Central Intelligence Agency during the Nixon years, was more direct, telling authors Gerald and Deborah Strober that “the idea of this man [Nixon] winning the largest number of electoral votes since George Washington…this drove the media absolutely insane; they had to get rid of him. It was not a professional thing with the media; it was an emotional thing….” 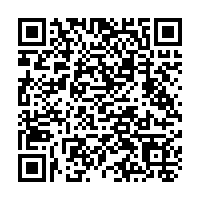