Twenty-five members of the extended Marks family from Woodmere, New York recently traveled to Israel to celebrate their son Moshe’s upsherin. However, this was no ordinary upsherin celebration.

They dedicated one day of their visit to volunteering for Table to Table Israel’s Project Leket – a unique agricultural gleaning project that uses volunteers to pick produce that Israeli farmers would otherwise destroy or leave to rot in the field.

Rather than let good food go to waste, the family joined Table to Table’s staff and volunteers at Kibbutz Shiller near Rechovot to pick potatoes that had gone unpicked at the end the of the harvest.

In just a few hours under the hot sun, they picked over 600 kilos (approx. 1350 pounds) of potatoes that were loaded onto a Table to Table Israel truck and delivered directly to some of the 230 organizations across Israel that Table To Table provides food for.

Parents Rachel and Jonathan Marks felt that volunteering with Table to Table Israel was important as they “wanted to commemorate the occasion by performing mitzvos in Israel.”

The Marks family noted the important connection between their son’s upsherin and the mitzvah of orlah. They explained that just as a fruit tree cannot be picked for its produce in its first three years, so too, a young child under the age of three is not yet mature enough to learn and study Torah properly.

At three, when the child’s understanding has developed, his parents can start teaching him Torah and he can start doing mitzvos. He finally gets to taste the sweet fruits from the Tree of Life that is the Torah.

The event was particularly moving for Moshe’s great-grandmother, Perla Taubenfeld, a Holocaust survivor who experienced a sight that she once thought that she would never witness – her and her descendants enjoying a visit to the Jewish homeland.

Table to Table Israel (or Mi’shulchan L’shulchan in Hebrew) is known as Israel’s Food Rescue Network. It was founded in 2003 by Joseph Gitler – an oleh and former attorney originally from the NY area.

Today, the organization has a staff of 55 and engages with farmers, individuals, caterers, restaurants, bakeries and venues to rescue hundreds of tons of perishable food items.

To learn more about Table to Table Israel or to volunteer on an upcoming trip to Israel, visit www.t2t.org.ilor call 201-331-0070. 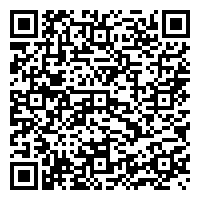