I therefore was perplexed and surprised when reflecting on just a few of the Jews killed in recent years due to the fact that they were Jews: The eight boys learning in Mercaz HaRav; the five members of the Fogel family, including a three-month-old baby girl, in Itamar; the Holtzbergs, Chabad shluchim in Mumbai, India; Baruch Sandler and his two children in Toulouse, France; and the still raw trauma of the murder of Eyal Yifrach, Naftali Frankel and Gilad Shaar.


Many others, including all the victims of the Second Intifada, could and should be on this list.

I guess I shouldn’t be surprised. We say in the Passover Haggadah, “In every generation they stand up against us to destroy us.” In truth, to many in my generation those were always just words. But when considering the stockpiled evidence, we have no choice but to acknowledge that it speaks to our generation as well. The vulnerability we all feel is acute and real.

Social media was abuzz recently with stories of inspiring visits to the various shiva homes for Eyal, Naftali, and Gilad. One rabbi who visited from America reported that on the gate entering the Frankel home the following words were written: “Am HaNetzach Eino Mefached Mi Derech Aruka” (An eternal people doesn’t fear the long journey). He said the words spoke much louder than any long sermon he could possibly give.

These poignant and powerful words moved me to tears. They represent to me our total trust in Hashem that we will ultimately be redeemed, though we understand that there will be bumps and significant hurdles along the arduous path.

My tears flowed from the realization that those on the front lines of the suffering have understood and embraced this reality wholeheartedly. Frankly, I had never seen anything quite like it in my life.

We read in Balak how Hashem opens up the mouth of the donkey. The donkey asks Bilam what he did to deserve being hit three times. The anomaly is that rather then using the word “peamim,” times, the Torah uses “regalim,” the word we traditionally use to describe our three festivals. Rashi tells us the Torah is alluding to Bilam’s desire to eradicate a people who celebrate the three festivals of the year.

The Maharal of Prague in Gur Aryeh, his commentary on Rashi, , elucidates this by explaining the uniqueness of the three festivals and why the donkey focuses on that particular mitzvah. He explains that time is comprised of past, present, and future – and the message of the donkey is that our people have prevailed through past and present and will survive into the future. Hashem gives us the three festivals to inculcate within us our dominion and permanence within time.

All three festivals are situated within the warmer months, filled with hope and light, in contrast to the winter months, which represent death and stagnation. The donkey is rebuking and challenging Bilam over his desire to harm a nation that rejoices within the times of growth and potential. This joy embedded within the growth season reflects our eternality, timelessness, completeness and yearning for ultimate tranquility.

Bilam, representing the archetype of our enemies throughout the centuries, is rebuffed by the symbolism of an eternal people, accented and highlighted by the placement of our three festivals – an eternal people not afraid of the long and difficult road home. 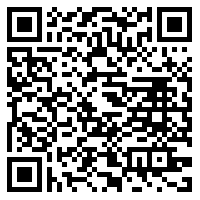