Had Judge Richard Goldstone only issued a distorted litany of accusations against the Jewish state – dayenu.

Had the British government only issued an arrest warrant against Kadima leader and former Israeli foreign minister Tzipi Livni – dayenu.

Had the administration’s new anti-Semitism “czar” Hannah Rosenthal, a J-Streeter who also sits on the board of Americans for Peace Now, only voiced criticism of Israeli Ambassador Michael Oren – dayenu.

Had only glancing notice been paid by the international community to the slaughter in March of more than 500 Christians in Nigeria by Muslim fanatics – dayenu.

Had Americans for Peace Now only urged President Obama to “play hardball” (i.e., lean on Israel) for the sake of peace – dayenu.

Had Israeli Defense Minister Ehud Barak only used the term “apartheid” in reference to his own country should a Palestinian state not be created – dayenu.

Had left-wing Jews, some holding PLO flags, only marched with Palestinians in Jerusalem protesting the right of Jews to live in the Shimon Hatzaddik neighborhood – dayenu.

Had Obama’s Jewish adviser David Axelrod only called Israel’s announced plans to construct housing units in its eternal capital an “affront” and an “insult” to the United States – dayenu.

Had J Street only issued a statement condemning Israel for plans to build in the Ramat Shlomo section of Jerusalem – dayenu.

Had J Street only existed – dayenu.

Had the Obama administration only continued to overlook PA incitement and its glorification of jihad – dayenu.

Had Prime Minister Netanyahu only been snubbed by the president on his recent visit to Washington – dayenu.

Had Secretary of State Clinton only delivered a harsh 43-minute rebuke to Prime Minister Netanyahu – dayenu.

Had members of AIPAC only given Secretary of State Clinton a rousing ovation as she spoke at its convention just days following that rebuke – dayenu.

Had President Obama only called for yet more dialogue with Iran, and then for more sanctions, while Iran continued to work toward developing nuclear weapons as it issues open threats against Israel – dayenu.

Had the UN Human Rights Council only passed another resolution condemning Israel on March 25 – dayenu.

Had President Obama only planned to remove all mention of militant Islamic radicalization from the central document of U.S. national security – dayenu.

Had President Obama only continued to bow before so many world leaders, some of them vicious dictators, while pointing the accusatory finger at Prime Minister Netanyahu – dayenu.

Had President Obama only sought to undermine the U.S.-Israel relationship in order to appease the Arab world – dayenu.

Had most Jewish members of congress only remained silent while the administration disparaged and denigrated Israel – dayenu.

Had so many leaders of major Jewish organizations only failed to raise their voices in protest against the threats and one-sided condemnations against Israel — dayenu. 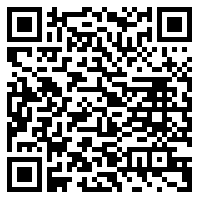