Nearly 50 years have passed since we returned to the ancient parts of the Land of Israel, the cradle of the Jewish people, but we have not yet determined its legal status. The Land of Israel is tired of being the state of Israel’s “mistress.”

The time has come for the children who were born into this situation, children of communities and outposts, to become legitimate children of the state of Israel. What is called for is a proper marriage between the state and the Land, an application of sovereignty, and a full legalization of the communities.


Peace is actually hampered by the lack of sovereignty. This is true regarding peace in Israel as well as the world in general. Peace must and can be achieved only with a sovereign Land of Israel. All over this world, every person who believes in the Bible, whatever his religion, know this to be true.

“In the last days the mountain of the Lord’s temple will be established as the highest of the mountains; it will be exalted above the hills, and all nations will stream to it…. He will teach us his ways, so that we may walk in his paths, because the Torah will go out from Zion and the word of God from Jerusalem. And he will judge between the nations…. They will beat their swords into plowshares and their spears into pruning hooks; nation will not lift up sword unto nation and will not learn war anymore” (Isaiah 2).

This is the strongest and most exalted vision of peace the world can aspire to, and we are obligated to realize it.

Without the settlement of the Land of Israel throughout its entire area, without the application of sovereignty and the establishment of a life of Torah and ethics throughout the Jewish homeland, peace is impossible. In the weekly Torah portion of Masei that we read last month, we encountered the passage that teaches us “and you shall inherit the Land and dwell in it because I have given the Land for an inheritance to you.”

The Ramban defines the meaning of this commandment of inheritance that was given to the People of Israel as the removal of foreign sovereignty and control over the Land of Israel.

The Ramban states that this is incumbent upon us as a positive Torah commandment. The presence of many Jews in the Land of Israel is vitally important and certainly we are commanded to settle the Land and abide by our commitment not to abandon it to desolation – but settling the Land is not enough in terms of providing the Land with its appropriate validity and integrity.

The realization of the triple thread of Torah, People, and Land will come about only when the Jewish People apply sovereignty over the Land, conducting their own military/security, judicial, educational, social, and economic systems according to the Torah way.

Only thus does the divine ideal rule; only then will the prophecy “They will beat their swords into plowshares” be fulfilled. A state of the People of Israel in the Land of Israel is not just a means of survival but a phase in the development of world peace.

We must be thankful for everything we have received from the Almighty, but we also must continue to broaden and deepen the foundations of sovereignty in all areas of the Land. Thank God, in recent years more and more people are talking about and acting on sovereignty; we gratefully acknowledge the efforts of the members of the Land of Israel Lobby in the Knesset and its heads, MKs Yoav Kish and Bezalel Smotrich, along with the director of the lobby, Orit Struk.

Meanwhile, the Almighty is organizing events, causing the world to understand who is good and who is bad, who is evil and sanctifies death. The old Middle East is disintegrating. States are disappearing. Knowledgeable people are opening their eyes and seeing the changes beginning to take shape – and they understand what those changes must entail.

The Oslo Accords of the 1990s were a terrible mistake. They gave disastrous legitimacy to terrorists, breathed new life into the “two-state” delusion, and brought chaos and confusion to the Land and the world. We must return to the true path, to the basic stance that the Land of Israel belongs to the People of Israel. The application of sovereignty must be the goal of Zionism today. 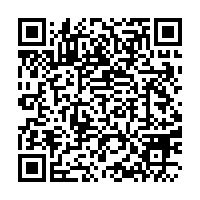