The decision by President Obama to sell weapons to Saudi Arabia is wrong.

It was leaked last week that the Obama administration was preparing to notify Congress of its intent to sell $60 billion in high tech arms, including F-15’s and military helicopters, to the Kingdom of Saudi Arabia.


I am calling on my colleagues, Democrat and Republican, to stop this deal.

Arming the Saudis with this state-of-the-art weaponry is bad for the region and potentially disastrous for Israel’s military edge in the Middle East.

The list of reasons why selling these arms to Saudi Arabia is a terrible idea is as robust as the day is long, and that is why I wrote a letter to President Obama explaining why my colleagues and I will oppose this deal when it comes before Congress for approval.

Saudi Arabia Is An Exporter of Terrorism: To begin with, Saudi Arabia exports terrorism around the world, financing and training extremism. Year after year, the Treasury Department’s Office of Terrorism and Financial Intelligencecalls attention to wealthy Saudi donors bankrolling extremism through charitable contributions. Remember that 15 of the 19 Sept. 11 hijackers were Saudi citizens. Advertisement

Saudi Arabia Is a Bastion of Anti-Semitism and Anti-Christian Hate: The Saudis claim their official policy is to guarantee freedom of religion, but I have yet to meet the Jew or Christian who practices openly on the streets of Riyadh. Saudi schools still teach intolerance, hate and violence toward Jews, Christians and other non-Muslims, and their public school textbooks accuse the Jews of attempting to take over the world and demand that those who turn away from Islam be killed.

As long as new generations are being indoctrinated by hateful teachings that incite violence, terrorism will always have a breeding ground in Saudi Arabia. Why ship weapons there en masse?

Saudi Arabia is A “Friend” – Until We Really Need It: Saudi Arabia is a fair-weather friend that stiff-armed the United States when the price of oil spiked. As the world’s largest oil exporters, the Saudis had the ability to increase oil production to help lower prices. Instead they stood by and did nothing as the cost of gas rose and the American economy suffered.

Saudi Arabia is a Destabilizing Force: Finally, Saudi Arabia is a destabilizing force in the region; it has never risen to the challenge of assisting with the Israeli-Palestinian peace process; and it isn’t above fighting with neighbors like Yemen over border disputes. We cannot continue to arm a dangerous country under the misguided and hazardous notion that it will somehow help us achieve our foreign policy objectives.

Any one of these reasons would disqualify any nation from receiving our most potent tools of war. But together they represent an open-and-shut case against the Saudis I will be presenting to my colleagues as part of a Resolution of Disapproval.

Congress has a history of urging caution in our dealings with Saudi Arabia. In 2008 I was joined by more than 100 colleagues in introducing a Resolution of Disapproval concerning the sale of satellite-guided missiles to the Saudis. And last year I was the author of a successful amendment to ban military aid to Saudi Arabia – an amendment that unified an often-divided congress around the basic proposition that we should judge nations by how they behave, not how they talk.

Saudi Arabia is not deserving of our aid, and by arming it with advanced American weaponry we are sending the wrong message. If this deal goes through, we send the message that working against peace and exporting terror lands a country large weapons deals with the U.S.

Instead, we need to remain committed to Israel’s qualitative military edge over its rivals in the region and should cease all negotiations over new weapons sales to Saudi Arabia. 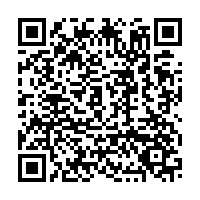