Now for his second term, he has nominated for the highest posts bearing on the Middle East three figures who give the strongest indication we can expect more of the same – John Kerry for State, Chuck Hagel for Defense and John Brennan for the CIA.


Kerry opposed Congress’s 2009 hold on appointing an ambassador to a regime that has subverted democracy in Lebanon and that has supported Hizbullah, the terror group that until 9/11 had more American blood on its hands than any other. But that shouldn’t surprise – last September, Kerry was one of only twenty-five senators who refused to urge the European Union to designate Hizbullah a terrorist organization.

A leaked cable shows that in February 2010 Kerry told the Qataris he supported Israeli withdrawal from the strategic Golan Heights, eastern Jerusalem and the West Bank. In April 2010, Kerry met with Assad and called Syria “an essential player in bringing peace and stability to the region.” The Washington Post even called Kerry a “prominent admirer” of Assad.

Kerry also stands apart from his Senate colleagues in his weakness toward Iran. Last month he was one of only twenty-six senators not to urge President Obama to reiterate his readiness to use military force against Iran if other measures fail to prevent Iran becoming a nuclear power. In April 2010, he was one of only nineteen senators refusing to call for crippling sanctions against Iran.

With respect to the Palestinian Authority, Kerry favors neither pressure nor penalties for its failure to implement its Oslo commitments to end terrorism and the incitement to hatred and murder that feeds it. In 2007, he was one of only twenty-one senators not to oppose aid to and contacts with PA figures who “do not explicitly and unequivocally recognize Israel’s right to exist, renounce terror, and accept previous agreements.”

With Defense nominee Chuck Hagel, we fare inarguably worse. In 2008 he was described by a congressional aide as “solely responsible” for blocking an Iran sanctions bill. Like Kerry, he opposed Hizbullah’s designation by the EU as a terror outfit and favors indulging the PA – for example, in December 2005 he opposed applying presidential pressure on the PA to ban terrorist groups from Palestinian elections as required under Oslo.

But Hagel has exceeded Kerry by advocating direct U.S. negotiations with Hamas, a U.S.-designated terrorist group committed in its charter to the destruction of Israel and the murder of Jews. Before retiring from the Senate, he muttered about “intimidation” by the “Jewish lobby,” unsubtly suggesting that venal legislators support Israel to America’s detriment because of malign Jewish influence rather than because of U.S. public support. And in 1998, he blamed Israel for Palestinian terrorism, saying, “Desperate men do desperate things when you take hope away. And that’s where the Palestinians are today.”

And then there’s CIA nominee John Brennan, who refers to Jerusalem as Al-Quds, the Arabic name widely used by those who do not recognize Israel. Like Kerry and Hagel, Brennan whitewashes Hizbullah and wants to appease Iran and Hamas. In 2008 he blamed the bad relations between Iran and the U.S. not on the nature of the Iranian regime and its goals but at least in large part on what he called “Iran-bashing,” which he darkly attributed to Washington’s deference to “short-term domestic political interests” – presumably the Jews who oppose Iran developing nuclear weapons.

In other words, Brennan doesn’t see the Iranian regime as a dangerous threat. In fact, he criticized the Bush administration for continuing to pressure Iran. As for Hizbullah, he sees it as moderating and pragmatic, now that it “has members of parliament, in the cabinet; there are lawyers, doctors, others who are part of the Hizbullah organization.”

If Iran and Hamas sound no warning bells for Brennan, neither does radical Islam in general. It was Brennan who in 2009 publicly defended the Obama administration’s policy of discarding basic factual terms like “radical Islam,” “Islamism,” and “jihad” in reference to the war being waged against America and its allies by Muslim extremists. 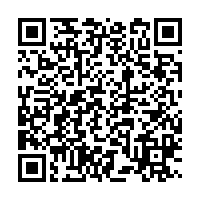