Salam Fayyad recently provided an example of what I refer to as the Principle of ‘Palestinianism Inventivity’, a theme I touched on previously on my blog.  The Palestinian Authority Prime Minister was quoted as saying  that ‘Christmas was an opportunity to “celebrate the Palestinian identity of Jesus Christ,” as EoZ blogged.

That Jesus was a “Palestinian” was something Hanan Ashrawi infamously declared at the Madrid Conference two decades ago which, being there, I heard her with my own ears.


Even a non-expert on Christianity knows more than what Fayyad would have Christians and others not believe, which is that the country in which Jesus was born and grew up in was not referred to as “Palestine” in a geopolitical sense until 100 years or so after the Jewish nationalist revolt against Rome.  And then, it was Palaestina Prima, Secunda and Tertia with capitals in Caesarea, Beth Shean and Petra, respectively.  A claimed earlier mention of “Palestine” in 450 BCE or thereabouts by Herodotus simply confirms that then it was but a “district of Syria”.  Jesus was no “Palestinian” but a Jew.  He was born, lived and died a Jew.  His preaching was interpreted by his Roman executioners as part of the political rhetoric of Jewish nationalism seeking the upheaval of Roman occupation.

Did the Palestine that historically was, ‘belong’ to the Arabs, more than it does to the Jews?  Is this inventivity a recent phenomenon?
As Yoram Ettinger’s piece outlines,

The term “Palestine” was established…in an attempt to erase “Judaea” from human memory.  According to Prof. Bernard Lewis, the icon of Mid-East historians (International History Review, January, 1980), “In the early medieval Arabic usage, Filastin [Palestine] and Urdunn [Jordan] were sub-districts forming part of the greater geographical entity known as Syria…. Under Roman, Byzantine and Islamic rule, Palestine was politically submerged. It reappeared only under the Crusaders…. the Latin Kingdom of Jerusalem…Under the successors of Saladin, and still more under the Mameluks, the country was redistributed in new territorial units … with its capital in Damascus…. After the Ottoman conquest in 1516-17, the country was divided into Ottoman administrative districts… subject to the authority of the Governor-General of Damascus…”[The term Palestine] was no longer used by Muslims, for whom it had never meant more than an administrative sub-district and it had been forgotten even in that limited sense….

The real crime is not that the “Palestinians” have invented themselves, but that they engage in an exercise of inventivity whereby I mean they also seek to demote and nullify Jewish history.  One of the first to practice this perversity was Phillip Hitti who, back in 1944, and earlier, not only declared before the US Congress that “there is no such thing as ‘Palestine’ in history, absolutely not”, thus proving the “invented people” claim, but then, in a debate with Albert Einstein asserted, absurdly, that Zionism is an “artificially stimulated movement” whereas Arabs are descended from the Canaanites.  He has been followed by Nur Masalha who promotes a laughable “Through Canaanite Eyes” paradigm of pseudo-scholarship (which I have dealt with here and also here.  And see this, too).

This inventivity is moving into its next phase, thanks to UNESCO accepting these history make-believers as members of that institution.  Bethlehem’s Rachel’s Tomb is a mosque.  So is Joseph’s Tomb in Shchem.  The Jewish Temple in Jerusalem is denied.  Gone is the Hebron’s Cave of the Patriarchs. The PA’s Hamdan Taha is clear about his purpose.  He even relates to my home in Shiloh, seeking to convince the international community that the Jewish Shiloh never existed:

“In Shiloh the settlers pretended to have found the tabernacles,” he proclaimed. “They can find the chicken bone my grandfather ate 50 years ago and say it was a young calf for ancient sacrifice.”

Not only is this a despicable deprecation but it is a very unprofessional opinion for the Palestinian Authority minister who deals with antiquities and culture, a person that the “founder” of modern “Palestinian archaeology”, Albert Glock,had “held the severe and unyielding view that Taha’s work was below the standard he wanted for the select group of Palestinian archaeologists” and may have been connected to Glock’s murder.

It has been said, and attributed to Plato, that necessity is the mother of invention.  I might add that  inventivity is the necessary foundation of Palestinianism.  For without inventivity, there is nothing. 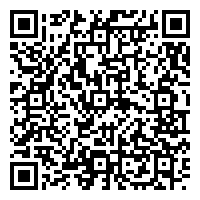