In our synagogue I try to find something to say during the pauses in the Torah reading every Shabbat. We’re fairly eclectic in our tastes, and you might find us flitting between an ethical teaching, a play on words, a chassidic interpretation, or a piece of numerology during the break between one reading to the next.

Many of our regulars question my occasional use of gematria or other types of numerology.

Every Hebrew letter has a numerical value. Aleph = 1, bet = 2, etc., and adding up the letters gives you the unique numerical value, or gematria, of each word and phrase. Comparing and contrasting the relative value of different words and phrases often affords surprising insight into the text and allows us to correlate seemingly unconnected Torah topics.

I admit it does sometimes seem somewhat random. One congregant of mine frequently observes, often after I’ve just introduced a particularly obscure piece of numerology, that you can read whatever you wish into numbers, and if you try hard enough you could probably find a tenuous connection between most topics.

He’s right, in a way. These methods are described as parparaot la-chochmah, the condiments of wisdom. They’re not the main meal of Judaism, just the seasoning that gives Judaism its taste. Torah is Godly and infinite, and all wisdom is contained within her words. You’d never decide a law on the basis of gematria; but, used properly, they can help give a new and deeper appreciation and understanding of the text.

Take one of the most famous examples of word and number play in the Torah. As Jacob leaves his father-in-law’s house on his journey back to Israel, he sends a message to his brother, Esau. Im Lavan garti, I have lived with Laban.

Rashi pointed out that the gematria of garti is 613, which is also the number of commandments in the Torah, and thus interprets Jacob’s message to be saying, “Throughout the years that I lived with the evil Laban, I kept the 613 commandments.”

But would my friend be convinced? So the word garti equals 613; it’s surely not the only word in the Torah with that value. Where do you get mitzvahs from “I have dwelled”? Why would Rashi assume that Jacob is doing more than just describing his living arrangements for the last 20 years, and is rather making a metaphysical point about his commitment to the commandments?

Gematria is more than random wordplay. Legitimate tools of Torah interpretation treat the text as a living document: an interplay of content and context, with each letter, word and phrase redolent with meaning. In our example, the correlation between garti and mitzvah observance is deeper than just adding up the letters; rather, the context leads to the conclusion.

The word garti, from the root ger, “stranger” or “convert,” is unusual. Had Jacob just wished to say “I lived with Laban,” there are other, seemingly more appropriate verbs that he could have used. Garti has connotations of “I was a stranger”; I was different, I never fit in with the wicked people because I lived and acted differently than they. Jacob was saying, “The whole time I was away from home, I stayed true to the lessons that I learned in my parents’ home.”

It was in this context that the rabbis observed that there is also numeric support for this supposition. “I was able to keep the 613 mitzvot, even in Lavan’s house, because I remained a stranger to their way of life.”

Wherever a Jew is, no matter how far from home he may have traveled, he can always maintain his connection to the words and letters of Torah by appreciating the value of each letter and word of Godliness and seeking out the underlying purpose of each phrase and phase of life. 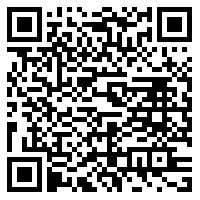