The UN Security Council’s passage of Resolution 2334, an outrageous act of hostility personally engineered by President Obama against the State of Israel, has rightly evoked great anger across all parts of the American political spectrum.

This past summer, the Republican Party’s platform section expressing our unequivocal support for Israel, included a key statement made in anticipation of President Obama’s betrayal of our great ally: “We reject the false notion that Israel is an occupier…” Given the anticipated effects of Resolution 2334, this policy statement is critical, as it represents the central tenet of what will now unquestionably be the policy of the Trump Administration and the pro-Israel community.


“Occupier” is nothing more than a polite way of calling Israel a thief, suggesting that Jewish invaders colonized territory belonging to the Arabs, and which therefore must be restored to its rightful, victimized owners. The term is intentionally misused against Israel in order to shape negative misperceptions of her history and legitimacy, while perpetuating a sense of Palestinian-Arab victimhood. To suggest that the Jews are occupiers in a region that has been known as Judea for over 3000-plus years is no less ridiculous than to suggest that Arabs are occupiers in Arabia.

“Occupier” is a legal term whose definition does not apply to Israel under the law. Israel’s legal title and rights to all of its present territory stem directly from an act of international law made in the post-WWI San Remo Agreement, which was then further recognized and incorporated in subsequent binding acts, from the Covenant of the League of Nations all the way through Article 80 of the United Nations’ charter. None of the national and political rights thereby recognized as inherit in the Jewish People have ever been revoked, nullified or superseded by a subsequent act of international law.

The lie of occupation has become essential to anti-Israel forces in the Mideast and around the world, as they persist in efforts to deny and undermine the rights – and indeed the very existence – of the Jewish national home. It is no coincidence, therefore, that Resolution 2334 was entirely predicated on this vicious lie.

The lie of occupation also gives Israel’s enemies a basis to justify terrorism as merely “resistance to occupation.” The antisemitic Boycott, Divestment and Sanctions Movement (BDS) uses the word as often as possible in its messaging, as it carries out acts of political and economic warfare upon Israel and her supporters. Thus, it is clear that promoting the common misrepresentation of the Jewish State of Israel as an occupier in the Land of Israel has become the primary antisemitic canard of the present generation, inherently accusing the Jewish People of territorial thievery. This lie whitewashes violence against Israeli Jews, and leads directly to the antisemitic delegitimization and demonization of, and application of double standards to Israel.

The peace process aimed at ending the Arab war on Israel was originally motivated by the basic idea that two incompatible peoples have unfortunately found themselves residing in the same space, and that it is desirable to see them disengaged for the sake of peace. This was the intention of President George W. Bush, and those Israeli prime ministers who chose the path of proposing a two-state solution.

Those who listen carefully will find that, unfortunately, hostile actors have emerged, who exploit support for the peace process in order to promote the lie of occupation. This is the tactic of J Street, President Obama and most member states of the United Nations, who regularly speak of Israel as an occupier and wrongly refer to parts of Israel as being territorially illegitimate.

It is one thing to advocate the two-state solution as a matter of seeking peace, and entirely another when argued as a matter of belief in the lie of occupation. The difficulty in grasping this distinction has escaped far too many supporters of Israel, who unfortunately tend to believe that all who propose the same solution are relative and equivalent in their intentions. They are not. The forwarding of the two-state solution by those who support the lie of occupation, like Barack Obama, simultaneously signals an inherent indictment of Israel as a criminally guilty party.

Donald Trump rejects the false notion that Israel is an occupier, and wholeheartedly helped lead the important expression of policy made by the Republican Party Platform on the matter. He has repeatedly made the promise that as president he will recognize Jerusalem as the eternal and indivisible capitol of Israel.

Among the top priorities of President-elect Trump in his first 100 days will be the passage of a major bill regulating against commercial discrimination aimed at Israel and its territories, following the lead of 15 states that have already done so. The new administration is clearly prepared to defend the American economy by preventing financial engagement with parties who would at the same time inflict economic harm upon Israeli and American businesses via discrimination promoted by the likes of Resolution 2334 and the BDS Movement.

The most immediate means of disarming the malicious intent of President Obama’s Resolution 2334 is by supporting Trump and the incoming Congress’s efforts to pass such legislation with overwhelming non-partisan support. Israel, and many of our other democratic allies around the world, are counting on us. 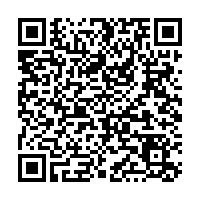