When the umbrella was invented, poskim debated at length whether it could be used on Shabbos in an area enclosed by an eruv. In practice, the prohibition against using an umbrella has been accepted among all Jewish communities.

The Chafetz Chaim writes, “One who guards his soul should utterly refrain from using them” (Bi’ur Halacha 315, s.v. “tefach”). However, when the Chasam Sofer was first informed that one great posek considered opening an umbrella to be an issur d’oraysa, he pointed to our sugya as indicating the opposite (Teshuvos, Orach Chayim 72).

On the other hand, a temporary building is generally unimportant (or it wouldn’t be temporary). Thus, Rebbi Yossi rules that constructing a temporary structure is not a violation of boneh. (The Mishkan was important despite being temporary because it was only assembled and disassembled at the command of Hashem. Each assembly was thus very important.)

An umbrella is a temporary structure. As such, it is subject to the debate in the Yerushalmi. The Yerushalmi doesn’t resolve the issue, but the Chasam Sofer argues that our sugya does. Soser (demolishing) is one of the 39 melachot, but it is only forbidden if one destroys in order to build (which is a creative act).

Let’s say a person wishes to demolish a building in one place in order to rebuild it elsewhere? The Gemara suggests that it should be forbidden, noting that the Mishkan was constantly dismantled and reassembled elsewhere.

The Gemara, though, rejects this reasoning. Since the Mishkan was assembled and dismantled by Hashem’s command, the act of dismantling was of utmost significance. It cannot be compared to demolishing other, mundane buildings to be rebuilt elsewhere. Doing that, in fact, is not a violation of boneh. If so, constructing a temporary building should also not be a violation of boneh – for the same reason.

The Chasam Sofer and the Umbrella

The umbrellas discussed by the poskim were difficult to open and close. “They must be stretched out and then tied with straps, or fastened with metal wires,” the Pri Megadim and Biur Halacha write.

Our umbrellas are easy to open, but they are still forbidden to use on Shabbos. “The great Torah leaders of previous generations forbade opening and closing umbrellas on Shabbos and Yom Tov. Even if an umbrella is already open, a person must not use it, because it may appear that he opened it on Shabbos” (see Shemiras Shabbos K’Hilchasa 24:15 and the footnote). 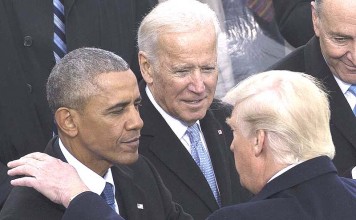 THE AGE OF POLITICAL CULTS 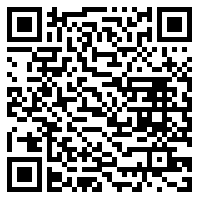