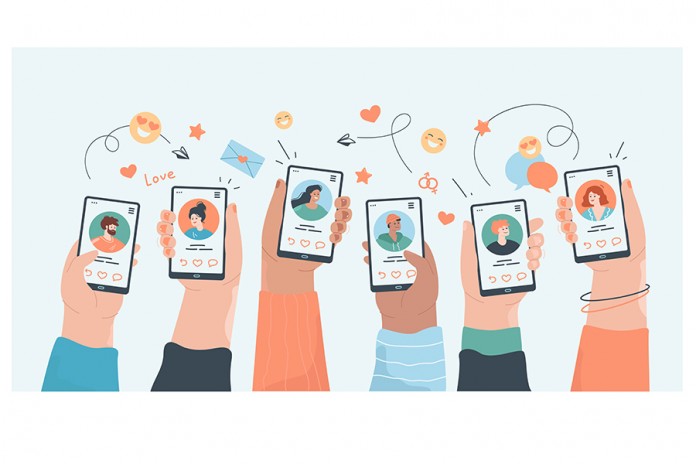 Is it proper to click and follow the personal social media accounts of the opposite gender? What about chatting socially with them using the platform’s direct messaging?

It would seem unwise to click and follow the personal social media account of anyone outside your immediate family and circle of friends, whether of the same or opposite gender. It is also a bad idea to chat with anyone you don’t know personally.

Unfortunately, people are lured into activities and conversations without realizing the long-term (or even short-term) implications. It is all too frequent to hear of people who have been financially or physically harmed due to careless use of social media and chatting platforms. People may think that these things only happen to others and that they can handle things without getting into trouble. But why put yourself at needless risk? Why waste your valuable time?

The yetzer hara is very powerful and relentless. It’s best not to give it an opening by engaging in problematic online behavior. Remember: you are answerable to the Almighty Who is fully aware of your actions. You are not alone, even if you are in a room by yourself.

I can think of fewer things that are guaranteed to make a person unhappy. If a man is married, doing something like this is going to focus his attention on other women, which will not make him happy with his wife. A man is supposed to train his eye to find his wife attractive – and only his wife. Seeing other women in situations where everything appears wonderful is also going to make it difficult to appreciate his wife. No one is showing their ups and downs on social media.

For a man to be doing it would be inappropriate and unwise. For a woman to do it, it would be the same. Why would she be contacting someone from the opposite gender causing possible damage to both herself and her husband? I can think of no benefit, only a potential devastation to family and happiness.

The only argument one could make is that it’s needed for business, in which case I highly recommend you hire someone to manage your social media. For example, The Shmuz has social media accounts and you won’t catch me on those platforms. I’m not dumb. Why would a person subject themselves to it?

What would be the objective? Would one follow them on the street or take a personal interest in what they are up to in their lives? Inasmuch as that would typically be deemed inappropriate in real life, it is no less so on social media.

Whatever guiding principles apply in person apply equally to social media. Thus, as “al tarbe sicha im haisha” (“do not talk excessively with women”) applies in person, so too on social media.

One would argue that social media requires even more safeguarding because it is essentially basaiser (in private) which presents greater risks and challenges and is far more likely to be “gorem ra’ah liatzmo…” (cause himself harm).

In general, use of social media for recreational/social purposes is frowned upon, to say the least, by rabbonim and talmidai chachamim, and for good reason.

The Navi Hoshaia taught us a major Torah principal “hatznaya leches im Elokecha,” (“walk in a tznius way with Hashem”) and the idea of sharing private parts of our lives with one another erodes our sense of tznius and prevents us from walking before G-d. One who is constantly concerned about what others think of him is not focused on what Hashem wants from him. This is aside from the time wasted and focus diverted away from worthy endeavors like Torah study and family life.

One must resist the urge to want to “be with it” as alluring as it is, for his own sake and for his family. The more he goes down the road of enmeshing his life with the internet, the less peace of mind and yishuv hadaas he will maintain.

Following people of the opposite gender is another pitfall one can slip into in the world of social media. Our holy Chazal cautioned us “al tarba sicha im ha’isha,” and certainly gazing at images of their personal life is far from the way of the Torah.