Question: Is it prohibited to listen to music in the privacy of one’s home (or car) during the Nine Days?

Answer: We noted last week that HaGaon HaRav Moshe Feinstein (Igrot Moshe, Y.D. Vol. II:137) maintains that it is, indeed, forbidden. He actually maintains that Chazal banned public musical events throughout the entire year. What is prohibited specifically during the Nine Days is music in the privacy of one’s home.

The Rema (Orach Chayim 560:3) seems to argue that Chazal only prohibited music year-round for people who used to awake or retire with music (i.e. kings, and the like) and for people at a bet mishteh. Rav Feinstein, however, contends that this reading of the Rema is incorrect. Rather, according to Rav Feinstein, even the Rema prohibits public musical events throughout the year.

Bimchilat k’vodo, Rav Feinstein’s ruling is difficult to comprehend or follow. According to this ruling, it would be prohibited to attend any kind of musical concert throughout the year. Yet, except for perhaps g’dolei yisrael, hardly anyone makes a point of not attending concerts. It is difficult to suggest that the majority of k’lal yisrael is violating a basic halacha.

Accordingly, it seems logical that Chazal never prohibited all public musical events during the year. Rather, the prohibition is like the simple reading of the Rema and limited to people who used to awake or retire with music and for people at a bet mishteh.

Interestingly, in his Sha’ar HaTziyun (Orach Chayim 560:23), the Mishnah Berurah cites scholars who rule that the prohibition to listen to music at a bet mishteh is limited to drinking parties only. If anything other than drinks are served, there is no prohibition.

Hence, it’s possible that our sages never outlawed music in the privacy of one’s home (or car) during the Nine Days. 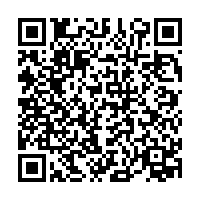