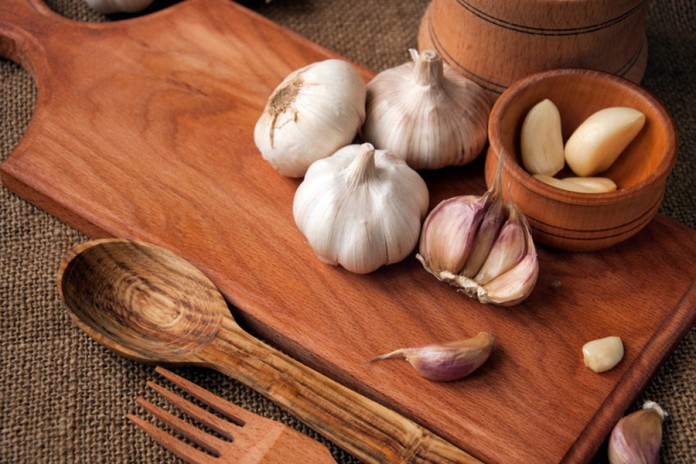 Seeking Shabbat hospitality is a tedious necessity for those who are away from home, but it also provides an opportunity to experience new people and interesting halachic practices. At some Shabbat nighttime meals I attended as a yeshiva student, the hosts ceremoniously served garlic. Is there actually a religious basis for including garlic in the Friday night menu?

As surprising as it seems, the answer appears to be yes. The Talmud lists ten ordinances (takkanot) made by Ezra, one of which is the requirement to eat garlic on Erev Shabbat (Bava Kamma 82a). The Gemara explains that Friday night is the quintessential time for marital relations, and garlic helps facilitate proper performance of this mitzvah. The Gemara elaborates on the connection between garlic and intimacy by quoting a baraita that extols garlic’s virtues: “It satiates, it warms the body, it brightens the face, it increases seed [zera, i.e. semen], and it kills intestinal parasites. Some say that it fosters love and removes jealousy.”

The Talmud Yerushalmi mentions Ezra’s ordinance as well (Megillah 4:1; the only explanation given is that garlic “fosters love and elicits desire”).(1) In fact, the Mishnah itself references the fact that Jews eat garlic on Friday evening (Nedarim 3:10, 8:6). Why, then, is this practice not universally observed nowadays?

The Rambam, in his commentary to the Mishnah, explains that the directive to eat garlic is not an absolute obligation (Nedarim 8:6). Rather, “it was their way to eat garlic at the beginning of Friday night because according to their diet and locale it had an aphrodisiac effect.” The Rambam, in his capacity as a physician, actually considered garlic a harmful food; since he held that takkanat Ezra was contingent on garlic’s actual usefulness as an aphrodisiac, he omitted any mention of this rule in Mishneh Torah (see Hilchot Deot 4:9 and Merkevet HaMishneh ad loc.).

Contemporary science, however, is in line with the views of Chazal. Garlic is considered beneficial, and some claim a positive effect on sexual and reproductive health. It is therefore likely that the Rambam would encourage observance of takkanat Ezra today.

The Aruch HaShulchan cites a different reason why many Jews are not careful to eat garlic on Friday night (Orach Chayim 280:2). He notes that the Sefer Chasidim (390) maintains that it is only roasted garlic that “increases seed”; raw garlic, in contrast, suppresses sexual desire. The Aruch HaShulchan suggests that the reason for the prevalent laxity about Ezra’s ordinance is that “we are not proficient in roasting” the garlic properly; therefore, there are grounds to be concerned that the garlic will actually have the opposite of its intended effect.

The Aruch HaShulchan’s suggestion is extremely difficult, since roasting garlic does not require any particular expertise. Furthermore, there is no indication whatsoever in the words of Chazal that raw garlic is fundamentally unacceptable for takkanat Ezra. In fact, gedolim who were careful to eat garlic on Friday night are reported to have consumed raw garlic if no roasted or cooked garlic was available (Maaseh Rav, 5769 edition p. 346; Orchot Rabbeinu vol. 3 p. 231).

Furthermore, the Vilna Gaon considers the eating of garlic to be a blanket enactment to the extent that it even applies to unmarried individuals,(3) despite the fact that it is normally highly inadvisable for single people to consume libido-enhancing substances. Other poskim, however, maintain that takkanat Ezra does not apply when spouses are spending Shabbat apart or when one’s wife is a niddah, let alone to unmarried persons (see Raaviyah 197; Kaf HaChaim 280:1).

One may also wonder whether this takkanah was intended to include women. Some sources assume that it applies to men only, apparently because it is the husband on whom the conjugal obligation formally falls. But women’s participation is certainly crucial to mitzvat onah, and marital relations are a fulfillment of oneg Shabbat for both sexes (cf. Rosh, Bava Kamma 7:19, although his formulation is unclear and the commentators debate his intent).(4)

The description of garlic as “increasing seed” also seems to limit takkanat Ezra to men, since zera usually refers to male semen. However, “seed” can also be used to describe female reproductive capacity (see, for example, Berachot 60a; Ramban, Vayikra 12:2). In any event, “increasing seed” is but one of several positive qualities that Chazal attribute to garlic—the others are certainly applicable to women as well.

Furthermore, the mishnayot in Nedarim seem to refer to all Jews as “garlic-eaters” regardless of gender. As such, there does not seem to be good reason to exempt women from this practice (See also Responsa Salmat Chaim 248, and the sources cited in Yalkut Bei’urim in the Metivta Gemara [Bava Kamma 92a]).

Although the Shulchan Aruch follows the Rambam in omitting mention of this takkanat Ezra, the Magen Avraham comments that it is nevertheless a “mitzvah” to eat garlic, or anything that “increases seed,” on Friday evenings (280:1; quoted by Mishnah Berurah 1). From the Magen Avraham’s formulation, it would appear that there is no formal ordinance to eat garlic specifically. Rather, Ezra was merely highlighting that it is of religious significance to enhance and encourage marital relations on Shabbat night (and conversely, one should avoid foods that make one less amorous; see Raaviyah, op. cit.).

In addition to being flexible about the exact items to be eaten, the Magen Avraham is flexible about the timing as well. He writes that one should consume the seed-increasing foods on “Shabbat eve or Shabbat night” – in other words, the aphrodisiac may be eaten on Friday before Shabbat actually begins. This makes sense because the Magen Avraham does not view the eating of garlic (or similar foods) as a formal rule, but rather as a recommendation for achieving a particular result. According to this approach, the time that the aphrodisiac is ingested is irrelevant so long as it is in effect at the time the couple wishes to be physically intimate on Friday night.

But according to those who hold that eating garlic is a formal halacha, it seems that the eating must take place on Shabbat itself. It is true that the Talmud Bavli states that the garlic is to be eaten on “erev Shabbat”—which can refer either to the daytime of Friday or to the night of Shabbat (cf. Yam Shel Shlomo, Bava Kamma 7:43) – but in the context of this discussion it is clear that it means Shabbat night, since the Gemara also uses the term to describe the time that the marital relations are to take place. Furthermore, the Talmud Yerushalmi uses the term “leilei Shabbat” explicitly (cf. Machazik Berachah, Orach Chayim 280).(5)

If eating garlic is a true halachic obligation, must one eat a kezayit (olive’s bulk, the minimum amount considered “eating” in halacha)? R. Chaim Kanievsky writes that it is not necessary; even a tiny amount suffices (Pninei Rabbeinu HaKehillos Yaakov vol. 1 p. 63).(6) If one accepts this ruling, it appears that many Jews unwittingly do fulfill this takkanat Ezra. Crushed and granulated garlic are extremely common spices nowadays, and it is perhaps the exceptional household in which no foods containing garlic powder are served on Friday night.(7)

In conclusion: There are strong halachic grounds to insist on the consumption of garlic on Friday night. Some authorities encourage all Jews to follow this practice every Shabbat, whereas others maintain that it should only be observed by married individuals on Shabbatot spent together with their spouse and when the wife is not a niddah. 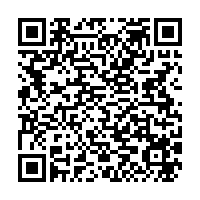