Unity among Jews is such an important matter that all efforts must be undertaken to achieve it. Indeed, unity hastens the final redemption: The cause of the exile, our sages say, was baseless hatred among Jews. When love and unity reign among Jews, the cause of the exile will have been abolished – and thus automatically the exile itself will be ended.

This unity is in addition to the warmth and closeness among those who learn a common subject when they together discuss and analyze its ideas.

The unity of Jews through Torah could be produced by learning any topic. But since “Israel is linked to the Torah” – meaning every aspect of a Jew and Jewry is connected to Torah in its entirety – the ultimate unity is produced by learning something which encompasses the whole Torah.

There is a work which does just that. Rambam (Rabbi Moshe ben Maimon – Maimonides) wrote a work which, as he writes in his introduction to it, is a “compendium of the entire Oral Torah.” He called this work “Mishneh Torah” – “Repetition of the Torah” for “a person who first reads the Written Torah and then this work will know from it the whole of the Oral Torah.” And, he writes, it is written “in plain language and terse style so that the entire Oral Torah might become systematically known to all.”

Besides serving as an instrument wherewith to unite all Jewry, there is another important advantage to learning Mishneh Torah – concerning the mitzvah of studying Torah, in which there are various levels:

In the light of the above, the following proposal is offered:

In addition to one’s regular study sessions in Talmud (Bavli and Yerushalmi), in the laws necessary for proper observance of mitzvos, and in other subjects in Torah, every person should learn Mishneh Torah daily. Mishneh Torah should be apportioned into sections, a different section to be learned each day. Thus, each day all Jews will learn one and the same section. 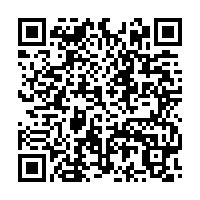