Imagine a world where every restaurant was kosher. Every McDonalds. Every KFC. Every Pizza Hut. Not to mention all the finest dines. That’s impossible, right? You must be talking about some future utopian era.

In 2002, NASA began developing technology to produce meat in a laboratory by cloning other meat cells. Scientists theorized that a piece of steak could be produced without ever killing a cow. That way, astronauts living on the space station could eat meat to their hearts’ delight without the need to import all their food from planet Earth.

When the news first broke, I received a shayla: If it didn’t come from a cow, would the beef be fleishig or pareve? Simply put, were we about to taste the very first kosher cheeseburger? I researched the matter and presented my findings to the RJJ Journal of Halacha and Contemporary Society. A few weeks later, I received the response: they weren’t interested in publishing science fiction.

I wasn’t surprised. After all, it’s a journal of “contemporary,” not “future” society. Fair enough.

But then, six months later, I received another letter from the journal editor. They’d decided to publish my piece. Just one condition: The editorial committee had requested the addition of a paragraph at the end of the article opining that it was highly improbable that kashrus agencies would ever approve of the concept of pareve meat. I agreed and the article was published.

That was 2007. And for the next five years, the halachic world paid little attention to the issue. But then, all of a sudden, the “science fiction” started picking up momentum. As environmentalists realized the potential benefit of mass-produced cow-free beef, investment in the new technology accelerated. And the poskim began to take notice. Over the last decade, the responsa on the issue have proliferated, with more and more rabbis weighing in on the kashrus and status of man-made meat.

Recently, a new approach has emerged, however, that may be a game-changer. In order to appreciate what has shifted, let’s review the process of lab-produced meat. Basically, we take a single meat cell and place it in a vegetable culture. It then divides and reproduces itself. Those two cells then become four, and so on and so forth, until you have millions of copies of the original cell. And so if the original cell was extracted from a cow rib, you could reproduce a rib, simply by multiplying the cells.

Is it fleishig? Back in 2007, I suggested that maybe it could be pareve, because it’s essentially plant based. But technically speaking, if it was a meat cell that multiplied, then presumably it’s still a meat cell.

Here’s where the new technology gets interesting. What if I wanted to create a piece of chicken? I could take a cell from some chicken and reproduce it. But I’d still have the same problem. Chicken times chicken is still chicken. But let’s say we extracted the cell from an egg. An egg contains all the same DNA as a chicken, and yet it is pareve! And so we could create a pareve chicken from an egg! Which, of course, puts a whole new spin on the “which came first” conundrum.

This next bit gets a little complicated. Certain rabbis in Israel recently issued a ruling that applies a similar framework to animals. Many of us may be familiar with the concept that during the first forty days of pregnancy, in certain situations we consider the fetus “as water.” In other words, it is not yet considered a living human being. A similar concept may be applied to animals in their pre-embryonic (blastocyst) stage.

Let’s remind ourselves that certain animal products are meat. And others are dairy. Thus, it should not come as a surprise to learn that certain by-products – specifically waste-products – are deemed inedible and therefore pareve. The rabbinic ruling issued this week declared that pre-embryonic cells fall under this category.

Now think of the possibilities that creates. If, sometime in the near future, all beef was grown in a laboratory from pre-embryonic cells, it could all be kosher and pareve!

But how about pork? While the declaration did not address the question of non-kosher animals, suggestions have been made that the same approach might apply.

Nevertheless, most major poskim – including the leading voice on the issue Rav Asher Weiss – are opposed to the concept of pareve beef, let alone pork. And so despite all the media attention the recent responsum has received, don’t expect to eat a cheeseburger anytime soon.

Rabbeinu Bahya (Vayikra 11:4) cites what he deems a incorrect belief that the pig is called “chazir” because in the messianic era, it will return to the side of holiness and become kosher. But maybe it’s not so far-fetched, after all. For now, based on today’s science, the poskim have ruled it out. But the technology is ever evolving and advancing rapidly. Perhaps we are closer than we think. 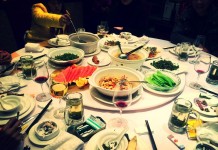 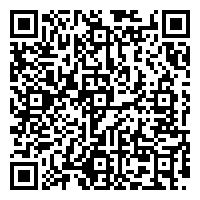