Are there any coincidences? I don’t believe so. Everything that happens is preordained by Hashem.

One of my friends recently attended a wedding. At the end of the chuppah, the groom’s grandfather did something unusual. He delivered a talk that left the guests speechless. Many years ago, he recalled, he was very ill and fell into a coma for several weeks. His family was afraid that he would never recover. When he finally regained consciousness, his family and doctors were amazed.


Upon regaining his health, he asked his rav why he had merited such a miracle. The rav replied, “Think back, and you will realize the answer yourself.”

He thought back and remembered the time when he owned a grocery. Among his customers was a poor family with several children who couldn’t afford to pay for food. He supplied all their needs on credit and told them to pay whenever they could. Unfortunately, some time later the father passed away, and the mother continued to shop at the store, knowing how difficult it would be to repay the debt. He told her to continue purchasing whatever she needed and not to be concerned about the bills. This went on for a long time.

A few years later, the storeowner starting receiving sporadic $5 checks from this woman. He sent them back and kindly said, “Use them for tzedakah. There is no need to repay me this debt.”

He then concluded his tale under the chuppah by saying, “Little did I know that this woman’s daughter would one day marry my grandson!”

I repeat: Are there any coincidences?

Please Help My Parents Pay For My Transplant 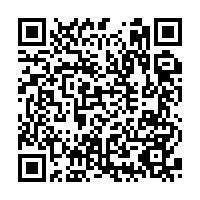