When one decides to have children, one has to decide: how one intends to bring them up, what values one will imbue in them and how one will stress their importance.  Whatever they may be, when one instills the right values in a child, one later receives the dividends of one’s efforts.  This was proved so true this past Yom Kippur for Rebbetzin Judith Friedlander.

Rav Heshy Friedlander was always reticent to step up to the Bimah (podium) and lead the congregation in prayer.  Although possessing many gifts, he felt that his voice was not one of them, and furthermore, that it paled compared with that of his father, Rav Avraham, zt”l, who had been an illustrious Ba’al Tefillah.  So every year since Rav Avraham’s passing, Rebbetzin Friedlander hired a chazzan for the High Holy Days at the Lisker Congregation.  This year was no different.

As Rabbi Friedlander approached the Bimah a certain aura “got hold” of him, as if his father were standing next to him, showing him the way.  Beautiful melodies emerged from his mouth, melodies long ago heard when his father was alive, which he remembered and re-enacted at this particular moment.  That is a lot of liturgy and singing for someone who hates to perform in public.

As if channeling his father, Rabbi Friedlander incorporated all the family melodies and intonations into the prayers and his voice even deepened and resonated with intensity and depth as the pronounced each word.  Rabbi Friedlander discovered his inner singing voice much to the delight of his audience, including one very proud mother.

Rebbetzin Friedlander has always taught her brood the basics of synagogue administration starting at a very tender age.  Her 3-year-old grandson is now part of the fold and dutifully wakes everyone up in time for Minyan, in the morning on Shabbos and Yom Tov, and in the afternoon after everyone has taken a nap.  He also has added a new skill to his repertoire.  He trails after his grandmother on the street when Minyan is scarce and approaches strangers, asking them, “Are you Jewish?”  Then he proceeds to explain to each one that the rebbetzin needs only one more, after which he usually entertains participants with a little of his life story.  He was a very handy helper on Sukkos and quite a few people came into the shul simply because of his engaging manner. 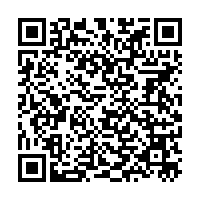