The deep bond between the Rebbe and all his Chassidim was most obvious during the festive month of Tishrei. From all over the world, Chassidim traveled en masse to experience the climactic days of awe and joy in the Rebbe’s presence. On the two days of Shemini Atzeres and Simchas Torah, when the Rebbe danced with a Sefer Torah in his hands, the joy rose to its ultimate heights.

On the day before Shemini Atzeres, the Rebbe customarily distributed “lekach” – a piece of honey cake to thousands of men, women and children who came to receive his blessing for a sweet new year. The year 1977 seemed no different. But the Rebbe’s wife, Rebbetzin Chaya Mushka, sensed that all was not well. She shared her concern with the Rebbe’s secretariat, asking them to lighten his burden and not prolong the dancing that evening.

In the middle of hakafos, the Rebbe’s face turned suddenly pale and his gestures lost their vigor. He sat down, leaned back heavily in his chair and closed his eyes. Something was clearly wrong, and the Chassidim quickly cleared the shul. His pulse was taken and he was offered a glass of water. But the Rebbe strongly indicated that the dancing should continue. It was later determined that the Rebbe had suffered a major heart attack, but it did not prevent the Rebbe from completing the last hakafa dance with his brother-in-law, Rabbi Shmaryahu Gurary, while holding a Sefer Torah.

In the face of the Rebbe’s fortitude and steadfast refusal to go to the hospital, the doctors attending him were unsure what to do. I heard from my friend Dr. Robert Richter, who was in the Rebbe’s room about 5 a.m. that at that time the Rebbe, in his sleep, sustained another heart attack even stronger than the first one. The doctors considered hospitalizing the Rebbe in his sleeping condition. But the Rebbetzin refused to allow it. In all the years she had known the Rebbe she said that “there was never an instant that he was not in total control of himself” and if the Rebbe said before that he does not want to go to the hospital, that is how it should be.

Dr. Ira Weiss from Chicago called Dr. Louis Teichholz, asked him to rush to the Rebbe’s side, and immediately boarded a plane to New York. “On a scale of ten,” Dr. Weiss later said, the Rebbe “had the full ‘ten’ heart attack… it involved such extensive damage that in anyone’s normal medical experience one would worry about the possibility of survival.”

Yet at the conclusion of Simchas Torah, the Rebbe miraculously held a 20-minute farbrengen from his office in 770.

Characteristically, the Rebbe used this opportunity to present the situation in a positive light. “For a certain reason,” the Rebbe began, “we speak after the festival’s conclusion, which allows us to use media to communicate what we say even in faraway places – physically far, but obviously spiritually close, which is the main thing among Jews, being that their soul is primary and their body secondary… thereby is formed a tie, a bond, a unity, among all those who hear this talk…” Though it seemed that circumstance had forced the Rebbe and the Chassidim apart, in truth, the Rebbe asserted, they were now even more closely bound together.

Although, with the conclusion of the festival period, the Chassidim would be returning to their own communities, and their personal vocations, the Rebbe emphasized that they would remain spiritually united through their joint commitment to the daily portions of Torah study he encouraged, and to the mitzvah campaigns that he had started.

As the 20 minutes he had been allotted came to a close, the emotion in the Rebbe’s voice intensified, and he concluded with a brocho that their actions would bring about the ultimate redemption and the ingathering of the exiles “with kindness and mercy, apparent and revealed good, very speedily.”

This response was vintage Rebbe. The Rebbe’s position did not leave room for complacency. The Rebbe sought out the positive dimension, and used the most positive language to emphasize it.

On the first night of Rosh Chodesh Kislev, right after Maariv, the Rebbe returned to his house on President Street. The joy of Chassidim was as overwhelming as it was deep and pure.

Until today, Chassidim celebrate Rosh Chodesh Kislev as the day when they were united with their Rebbe – “with kindness and mercy, apparent and revealed good.” 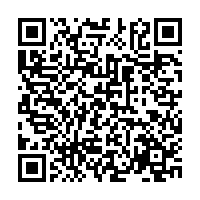