In the sea of spins of the upcoming elections season, there was one completely eternal headline last week: Last week Thursday thousands of Daf Yomi learners completed the complicated tractate of Yevamot with great satisfaction. Each completion of a masechta is a new beginning and an opportunity to join the daily Daf Yomi Club, but this time there is a special opportunity: studying the Tractate Ketubot, which is much easier, that begins this Friday, will end just before the elections on the 7th of Cheshvan (symbolically this is also the day that Rabbi Meir Shapira from Lublin passed away, the founder of the Daf Yomi). We have the opportunity to decide how the next four months will look: saturated with the vanity and emptiness of the fifth election, or with a daily anchor that will leave us with a completely different feeling. (From experience, it is possible to combine both.)

Another thing worth noting when talking about the Daf Yomi these days: the long summer vacation. A long (too long) period of getting out of our routine, of a mess, of children at home. Steady daily study will make your summer much saner.

So, take an easy-to-comprehend edition and try one page. Only one page. What do you have to lose?

I guess quite a few people dropped out of studying the Daf Yomi due to the difficulty of Tractate Yevamot. I understand you, but it’s time to return home.

There was one consistent and dedicated Daf Yomi learner who unfortunately did not get to finish Tractate Yevamot last week, but not because it was too complicated. The following was sent to me last week by Efrat Raz, the widow of the Special Forces fighter Noam Raz, who was killed about two months ago in a battle in Jenin:

“A few words for the completion of Tractate Yevamot and those who had a hard time finishing it. Noam always studied Torah. As a child, at school, with his grandfather, in his yeshiva high school and at his post-high school yeshiva. Then came the intensive service in the army, in Lebanon and in his unit. He switched to lessons with rabbanim at nights and on Fridays. When his schedule became even busier and the children were born, the diapers, the shopping, the tools and at the same time the activities in the unit and the sleepless nights increased, Noam found an ingenious solution: the daily page – Daf Yomi, or as he called it: the daily chase – ‘Mirdaf Yomi.’

“He always tried to keep up to where everyone else was. In his unit as well as in our settlement Kida, they got used to seeing him bent over the Gemara. Staying at the end of the prayers and sometimes coming before. At home, in his regular corner, in the noise and commotion, he dives in, concentrating entirely on the Gemara. When there was an ever more crowded schedule of training or activities when he had to spend a day without the Daf Yomi, Noam tried to complete all the pages he missed on Shabbat. He would wake up at dawn for the first tefillot and take advantage of the time until the family kiddush to study.

“Without a regular lesson, without a study partner (because of the schedule in the unit that changes constantly), Noam looked for a slot of free time every day. Where he could fit the Daf Yomi into the hectic pace, to concentrate, to get to the source of the issues, to touch what the Gemara wants to tell us, to breathe the soul. With devotion. Devotion while he was alive. The daily chase became the daily pleasure. The pleasure of the victory of spirit over materialism, to touch eternity and to succeed. 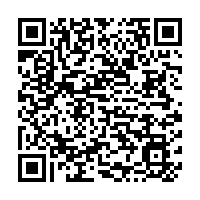