Ask someone to rattle off the five prohibitions of Yom Kippur. After eating and drinking, the next item on his list will probably be “wearing leather shoes.”

This formulation, though, would be inaccurate. Our Sages call the prohibition in question “ne’ilat ha’sandal – wearing a shoe.” There is no mention of leather or any other material. The proscription includes anything Jewish law deems to be a shoe (see Yoma 78b, Yevamot 102b, and Shabbat 66a with commentaries).

Common practice accords with Shulchan Aruch, which is why people wear all sorts of non-leather shoes on Yom Kippur, even ones that are extremely comfortable. However, this practice is rather counterintuitive. After all, the five Yom Kippur prohibitions stem from the Torah’s exhortation to “afflict your souls” (Vayikra 16:30, 23:27, and 32 and Bamidbar 29:7). Shoes are presumably proscribed so that people experience some level of discomfort. Wearing supple, padded, non-leather shoes on Yom Kippur, therefore, would seem to violate at least the spirit of law.

In fact, many early authorities rule that some types of non-leather shoes are considered “shoes” in the eyes of halacha and thus forbidden to be worn on Yom Kippur. Rashi, for example, includes wood along with leather as a forbidden material for footwear (Yoma 78b s.v. min’al hu). The most stringent opinion is that of the Ba’al HaMa’or, who argues that any type of sturdy shoe that protects the foot is forbidden, regardless of the material from which it is made (Yoma 2a in the pages of Rif, cf. Tosefta Kippurim 4:1).

The Rambam’s formulation of the prohibition is quite pragmatic. He writes that it all depends on how much comfort the footwear provides and, thus, he only permits wearing a non-leather shoe if its sole is so thin that one can still feel the ground (Hilchot Shvitat Asor 3:8).

Of course, the basic halacha follows the opinion of Shulchan Aruch. Nevertheless, we cannot ignore the fact that the more stringent opinions are eminently reasonable and carry much weight (especially if all five Yom Kippur prohibitions are to be considered of Biblical severity). Furthermore, Yom Kippur is a particularly appropriate time to act more stringently than the baseline law requires.

Thus, it would seem to be a worthwhile stringency to adhere to the opinion of Rashi and the Rambam and restrict oneself to shoes with a very thin sole made of neither leather nor wood. The Mishnah Berurah, in fact (414:5), recommends that those who are up to it should act in accordance with all opinions and wear no shoe at all – only socks (as did the Chazon Ish, for example).

It has always been astonishing to me that refraining from wearing any kind of shoe on Yom Kippur is a relatively unpopular stringency. In my experience, most people are not particular to limit themselves to thin-soled shoes, let alone to only socks. Even in yeshivot, where many follow stringencies – especially those the Mishnah Berurah recommends – this practice is rare. It is odd that this very reasonable chumra is much less widespread than other chumrot that are much less halachically compelling.

One possible explanation for this phenomenon is that people are under the misimpression that wearing only socks is inappropriate for davening. During my first year of marriage, I mentioned to my wife that it is preferable to wear only socks on Yom Kippur. Her response was: “But I thought you are not allowed to daven without shoes!”

Her reaction was eminently understandable. In general, one must wear shoes when praying since it is considered highly informal to walk around without shoes (cf. Orach Chayim 91). This rule, however, absolutely does not apply on Yom Kippur, when dispensing with footwear fulfills a halachic precept (see Tosafot to Shabbat 10a s.v. rami).

It is unfortunate that this mistaken attitude – i.e., that it is too informal to go without shoes on Yom Kippur – is so prevalent. If people knew that doing so was actually halachically advantageous, many might well prefer to spend the day in socks rather than wearing flimsy “Yom Kippur shoes.”

Another reason people are reluctant to wear only socks on Yom Kippur is because they believe it’s dangerous and unsanitary to walk in the street without shoes. This concern is valid, and, in fact, all authorities agree that one may wear non-leather shoes if necessary for protection (one may actually even wear leather shoes if nothing else is available – see Orach Chayim 414:3-4 with Mishnah Berurah). But although one may certainly wear non-leather shoes in the street, there is no reason to keep them on while indoors.

When all is said and done, refraining from wearing any kind of shoe on Yom Kippur is, strictly speaking, a stringency. One could be justified in choosing to follow the basic halacha and wear non-leather shoes. But it is also important to be aware that it is not entirely clear that even Shulchan Aruch would permit the type of non-leather shoes many people wear nowadays on Yom Kippur.

According to Rabbi Y.S. Elyashiv, Shulchan Aruch’s sweeping dispensation to wear non-leather shoes applied only in the past, when non-leather shoes were immediately distinguishable as a lower-grade item of footwear. Nowadays, it is quite common for people to wear shoes made of synthetic materials, some of which are actually designed to replicate the sturdiness and feel of leather. It is quite difficult to argue that halacha does not consider such items “shoes.”

In conclusion, anything halachically considered a “shoe” may not be worn on Yom Kippur. Common custom is to follow the opinion that halacha only recognizes leather shoes as “shoes”; thus, all non-leather shoes may be worn on Yom Kippur. However, some authorities maintain that anything considered a regular shoe nowadays is prohibited, even if made from synthetic materials.

Those who wish to conduct themselves piously should wear only flimsy, thin-soled shoes. If possible, one should ideally even refrain from wearing shoes entirely and wear only socks (where it is safe to do so). 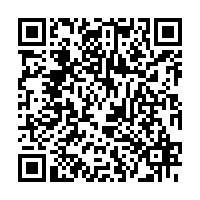