One of Purim’s major messages is fostering friendship (hence mishloach manos). But friendship, like everything else, must start at home. We must always be acutely aware of the insidious yetzer hara lurking in the saying “Familiarity breeds contempt.” We must be ever mindful of the obligation to give the best of our friendship and warmth to our life mate.

What better time is there to jumpstart fresh vigor into our relationship than on Purim – the special season of Jewish togetherness?


We are taught that at Har Sinai, Moshe, Aharon, Nadav, Avihu, and the elders saw an unusual vision of Hashem’s footstool. The Torah writes, “V’sachas raglav k’maasei livnas hasapir – And beneath His feet was like the makings of sapphire brick.” The Medrash explains this unusual vision as follows:

A Jewish man was once struggling under backbreaking labor in Egypt. His loving wife, who was pregnant, saw her husband’s suffering and went to assist him. As she picked up a heavy stone, she miscarried and her fetus fell into the soft cement of a brick. Hashem took this brick and used it as His footstool to constantly remember Klal Yisrael’s suffering.

But why did Hashem choose this brick? Anytime a Jew fell short of his daily brick quota, the Egyptians took a Jewish baby and stuffed it into a wall instead of the missing bricks. Tragically, many Jewish babies were buried in the walls in Egypt. So what made the brick in which the miscarried fetus fell more special than the other bricks?

I believe the synthesis of symbols it contained made it special. Not only did it symbolize Jewish suffering; it also reminded Hashem of the love and self-sacrifice of a Jewish wife for her husband.

Spousal devotion – even when times get tough – is a trademark of the Jewish people. Unfortunately, it is not the norm in the environment in which we live. We live in the land of “What have you done for me lately?” and “What’s in it for me?”

So we must constantly remind ourselves that it is the Jewish way to stand by the side of a mate through hard times as well as good times – especially considering the economic pressures we live under and the frantic pace of life that gnaws at us. Indeed, the Meam Loez relates on Parshas Ki Sisa that one can tell the quality of a wife by how she treats her husband when he loses his job.

While we are on the subject of spousal relationships, let me share with you another vital lesson. The Torah teaches us that if a person, G-d forbid, hits his father or mother and causes a wound, he is strangulated to death by beis din. But if he curses his parent, G-d forbid, he is stoned to death – which is a more severe form of the death penalty. This contrast is mystifying. Why should someone who curses a parent be punished more severely than one who hits a parent?

Perhaps the answer is that verbal abuse can sometimes leave a more lasting mark than physical abuse. While physical abuse is of course abhorrent – after all, the Torah called a Jew who had merely raised his hand to hit his fellow a “rasha” – verbal abuse is horrific too. The sticks-and-stones-can-break-my-bones-but-names-can-never-hurt-me attitude is absolutely not in line with the Torah. Shlomo HaMelech writes in Mishlei, “Yeish boteh k’madkores chorev – There are those who speak and their words are like the stabbing of knives.”

But let us also be mindful of how Shlomo HaMelech finishes this verse: “U’lashon chachamim marpeh – And the tongue of the wise heals.” Whether it is a husband undergoing a middle-age crisis, a wife feeling lonely, a spouse who is uncertain about his or her health, or a mate experiencing melancholy and depression, the words of a smart husband or wife, expressed with love, affection, and warmth, can bring healing and mental buoyancy into the home.

So let us commit to bringing more love and affection into our families, and may Hashem bless us with a healthy, safe, and very merry Purim. 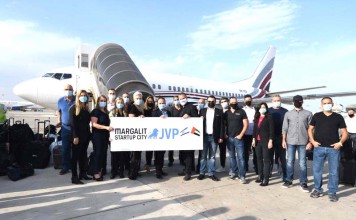 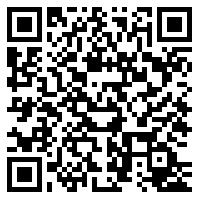