The Torah in Parshat Toldot narrates the story of the rivalry of Jacob and Esau. The Torah states that Isaac loved Esau, and that Rebecca, Isaac’s wife, loved Jacob. As the story develops, we are told that when Isaac became old he wanted to bestow his blessings onto his favorite son Esau. He instructs Esau to go to the field and prepare venison. The plan is that when Esau will return with the prepared venison in his hands, Isaac will bless him. Rebecca overhears the directives of Isaac to Esau, and instructs Jacob to dress up and pretend to be his brother Esau and steal the blessings.

In the dramatic encounter between Jacob and Isaac, Isaac bestows the blessings on Jacob, ostensibly believing that it is Esau who is the recipient of his blessings and not Jacob.

Our Sages wrestle with this entire scenario. Did Isaac really know to whom he was giving the blessings? Did his son Jacob deceive him? Was Jacob correct in disguising himself as Esau and stealing the blessings? Did the fact that Rebecca took responsibility for Jacob’s actions exonerate Jacob of his misdeed?

One point, however, is clear. Jacob, because he beguiled his father, was punished numerous times during his lifetime. He was fooled by his father-in-law Lavan into marrying Leah and not her sister Rachel whom he loved. Jacob’s children deceived him by stating that Joseph had been killed. Lavan deceived him by denying and withholding his true wages. It seems that no matter what interpretation we follow, the simple conclusion is that Almighty G-d did not accept the actions of Jacob in stealing the blessings, and repaid him “measure for measure.”

There is a lesson that can be derived from this. Ultimately each and every one of us is responsible for our own actions. Excuses such as “my parents gave me permission” or “my child would never do that” do not absolve someone from responsibility. We are all answerable for our own actions. Parents must understand that there are times that we must defend our kids but there are also times that we must punish them and hold them accountable for their actions – without any excuses!

I remember reading an article by Avi Frier focusing on this very point. In brief he told a story of two students who committed the “most reprehensible, embarrassing, and unconscionable acts.” The students were eventually expelled from the school that they were attending, but the reactions of the parents were quite divergent. One set of parents accepted the punishment meted out to their child. They realized that ultimately their child had done something reprehensible and deserved the punishment that he got. But the other set of parents refused to accept the fact that their son had done something wrong and began litigation against the school for the action it took.

When I was growing up, if I would return home one day from school and tell my parents that I got into trouble, most of the time they never blamed the school. It was always my fault. And it usually was!

If we send our kids to a school that we believe looks out for their well-being, then when things get tough and our kids do something wrong, it is usually not the school that is at fault but the child. Parents must accept the fact that if we hope to develop responsible adults, we must first teach responsibility to our children and hold them accountable when they do something wrong. A child who misbehaves deserves to be disciplined!

When we hear horrendous stories of Jewish schools that become the venue of drug busts, or when we read of students who are studying in a yeshiva in Eretz Yisrael caught dealing drugs, we must stop blaming only the schools for our inadequacies. The ones to blame also are the children themselves and their parents. Excuses and rationalizations by parents are a detriment to developing responsible adults. We must give children the opportunity to learn from their mistakes and to accept consequences for their actions.

G-d held Jacob responsible for his actions. Jacob committed a wrong despite his receiving consent from his mother. If G-d demanded accountability, then we must demand it as well. 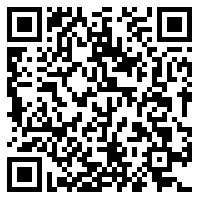