Many inspiring stories emanate from the Lubavitch chassidic movement. One of the stories published in Di Yiddishe Heim bulle­tin describes the early years of Rav Menachem Mendel of Lubavitch, known as the Tzemach Tzedek. This year marks the 146th anni­versary of his passing.

The Tzemach Tzedek was orphaned at an early age, and spent most of his childhood years in the household of his most eminent grandfather, the founder of the Lubavitch dynasty — Rav Shneur Zalman of Liadi (known as the “Alter Rebbe”). Some of the discourses and talks that the Alter Rebbe fre­quently gave were open to all chassidim who cared to come and listen. However, there were times that the Alter Rebbe would call into his private room a few of his greatest followers, all of them of giant intellectual and emotive capac­ity, and teach them a “Maamar,” a Chassidic discourse of the greatest depth. On those occa­sions the Tzemach Tzedek (then 8-9 years old) was not admitted to the room, which caused him much frustration. He desperately wanted to hear every word of Torah that fell from his holy grandfather’s lips. Even though he knew that much of his grandfather’s words would be far beyond his comprehension, he hoped that he would be able to grasp at least a few words that might have meaning to him.

One day he thought of a plan. He would conceal himself in the large empty heating oven whose wall fronted with the wall of the Alter Rebbe’s room and whose opening was in the adjoining room. By pressing his ear to the thin oven wall, he might be able to hear a few words of his grandfather’s maamar. The next time one was scheduled the Tzemach Tzedek crawled through the aperture of the oven in the adjoining room and, pushing himself far into it, pressed his ear to the wall and listened with bated breath.

Meanwhile, the gentile janitor, whose task it was to heat up the ovens on those days that the weather warranted, came to stack up the oven with pieces of wood. The young boy and future Rebbe was so intent on listening to the maamar in the next room that he was completely unaware of the wood being pushed in the oven. The oven being duly stacked with firewood, the janitor set fire to the wood, however, since the Tzemach Tzedek’s body was blocking the chimney, the proper ventilation was not attained and instead of bursting into flames, the pile of firewood emit­ted a cloud of dense smoke. The janitor tried to push the mass of smoldering firewood deeper into the oven only to find that there was something blocking its path. He withdrew the wood piece by piece and spied the small body of the Tzemach Tze­dek lying in the oven — overcome by the fumes and smoke. He hastily pulled him out of the oven and with some difficulty managed to revive him.

Later, the young lad’s grandmother, the Rebbetzin of the great Alter Rebbe, admonished her husband for not letting his own grandson satisfy his thirst for Torah. The Alter Rebbe replied that such was the true path of Jewish education — one must have mesiras nefesh — self sacrifice — for learning Torah. 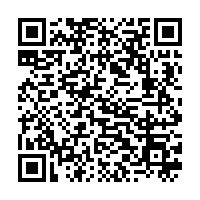