A group of 71 British physicians have approached the World Medical Association (WMA) demanding to revoke the membership of the Israeli Medical Association, was revealed in a Wednesday meeting of the Knesset Science and Technology Committee dealing with boycotts against Israeli academic institutions.

Chairman of the Committee of University Heads, Technion President Prof. Peretz Lavie, said during the debate, “We have no complaints against the world academic leadership. Our problem is with the campuses. In the beginning this took place in marginal campuses, but very quickly it spread to leading campuses in the US. The students who are being exposed to these activities will be the next generation’s senators, and this is where the long-term danger is hidden. The American Anthropological Association wrote in its report that we are apartheid universities. The same association decided to conduct a referendum, should they boycott Israeli academia. We must reach every single one of the 12,000 association members. This is a symptom, and if we don’t act the fire will spread. There must be one authority in charge of this issue.”

Prof. Zvi Ziegler, Professor emeritus at the Technion and Chairman of Israel’s Inter-University Senate, said, “There exists a hidden boycott among academic staff members. It’s still below the surface, because they still think it’s illegitimate. We don’t manage to stop the flood with our measly resources. I am very concerned about the future.”

The representative for Ariel University, former MK Yigal Cohen Orgad, clarified how difficult it is to deal with the boycotts. “We’re having a real problem with governments, including Western governments who are pushing for boycotts. We are collaborating with Palestinian researchers to improve water quality in Judea and Samaria — European countries are pushing not to issue budgets for this project.”

IMA representative Dr. Zeev Feldman, who told the committee about the actions of 71 anti-Israeli British physicians, said, “The sword of the boycott has been raised against the scientific medical community in Israel.” He said Israel’s medical doctors are “in grave danger! The professional British journals have adopted the idea of letters to the editor that libel Israel doctors. They claim our doctors perform medical torture on Palestinian patients.”

Committee chairman MK Uri Maklev (UTJ) said, “There’s no doubt the phenomenon of academic boycotts is spreading and is connected to the economic and consumer boycotts against Israel. The economic and commercial boycott has a political rather than an essential connotation; on the other hand, an academic boycott being carried out by educated and moderate people would have a serious effect.”

MK Nachman Shai (Zionist Camp) said, “I’m troubled by the fact that the BDS movement never stops, and we constantly discover new developments. While the Israeli government is yet to discover a solution for it.”

MK Basel Ghattas (Joint Arab List) sided with the boycotts. “The world believes the settlements are illegal,” he said. “You can believe differently, it’s your right. But it’s also the right of the world to take steps to force you to create two states. The fact that Netanyahu signed the Horizon 2020 agreement (excluding Judea and Samaria from EU scientific investments) was the biggest boycott. The government of Israel determined that the settlements are not part of Israel. The reality is that thousands of students are prevented from leaving Gaza to study in university. As academic institutions you have neglected to initiate moral means of preventing the occupation. There are even Jewish professors who believe in imposing the boycott because it’s the most cost-effective move without shedding blood.”

MK Anat Berko (Likud) said, “The boycott I a kind of jihad in a suit.” She noted that “even when left-wing lecturers speak abroad, their lectures get blown up. It’s because they’re Jewish, no matter their political belief.” She suggested establishing a “special forces” unit to act to solve this issue around the world. 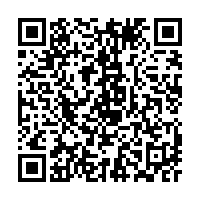