The Baruch Padeh Medical Center, Poriya, near Tiberias in northern Israel, next week will host a two-day international conference of notable cardiologists and heart surgeons from Israel and the UK. The 6th Anglo Israel Cardiovascular Symposium will take place Dec. 7 and 8 at the Rimonim Galei Kinneret hotel in Tiberias.

Dozens of senior cardiologists from Israel and the world will attend the conference, including the president of the Israel Heart Society, and six cardiac surgery department heads from the Padeh-Poriya, Sheba, Rambam, Soroka, Shaare Zedek, and Carmel medical centers.


Prof. Oren Gross, Irving Younger Professor of Law and Director of the Minnesota Center for Legal Studies at the University of Minnesota Law School, will lecture on the legal aspects of the stubble against the BDS movement and the phenomenon of anti-Israel boycotts on British and European campuses.

Prof. Ofer Amir, Director of the cardiovascular system at Padeh-Poriya, stressed that the conference is being held as part of an ongoing effort to increase cooperation between Israeli and European and British cardiology. According to Amir, beyond its academic value, the conference sends a message challenging the validity and purpose of the BDS movement, which supports boycotting Israeli scientists, physicians and other academics.

Also appearing at the conference: Dr. Romeo Vecht, one of the founders of the Anglo-Israel Cardiovascular Conference, who used to be the cardiologist for the King of Jordan; and Prof. Ulrich Sigwart, from University of Geneva, Switzerland, who will lecture on Alcohol Septal Ablation (minimally invasive treatment) for hypertrophic cardiomyopathy – is it as Good as Surgery? 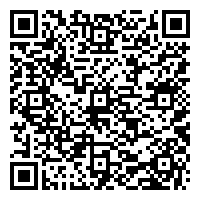