Ayelet Shaked, the number five candidate on Jewish Home’s Knesset list, revealed for the first time in an interview for Srugim that her party will work to promote civil marriages for couples who are not entitled to marry through the Chief Rabbinate of Israel.

Currently, such couples must travel abroad—typically to the nearby island of Cyprus— to get married.

In an appearance before a group of voters, attended mostly immigrants from the former Soviet Union, Shaked said that she’d been working on this issue with Likud MK David Rotem, and that the two of them intend to promote it together.

“I have a friend who’s getting married in Hawaii because she’s Jewish but her partner is not – his father is Jewish and his mother had a Reform conversion,” Shaked told the meeting. “We want to allow civil marriages even in such cases. But we cannot approve of sweeping civil marriages, because we’re a religious party. But those who will not be wedded by the rabbinate – we’ll allow them to get a civil marriage, in some cases.”

Shaked noted that her party intends to promote, in addition, a significant reform of the Chief Rabbinate of Israel. “The rabbinate today is only in Haredi hands,” she said. “Religious Zionist rabbis cannot advance there. It’s only a matter of political power, which is why, in the coalition agreement, we will insist on a fundamental change in the rabbinate, including the array of conversions.”

Shaked also revealed that Jewish Home will insist, as part of the coalition agreement, that the entire conversion system will be turned over to them. “We will demand to head the conversion system and to work towards accelerated conversions according to Jewish Law. Jewish law permits faster and more convenient conversions,” she said.

Ayelet Shaked is the top ranked woman on the list, and the first ever non-religious woman to represent the party in its 100 year history.

The Jewish Home’s official stand on civil marriages is very different from what Shaked has been endorsing. In a statement of principles the party submitted to Srugim earlier in the campaign, they wrote:

“The main problem with civil marriages is that one who marries not in accordance with Jewish Law loses his or her main instrument with which their descendants could prove their Jewishness. Within a generation or two, the children of couples [who wed in a civil ceremony] will not be able to prove their Jewishness when they decide to get married according to Jewish law. Civil marriages are a great danger that could turn us into two nations – Jewish according to Halacha, and Jewish according to consciousness.”

When confronted with this statement, Shaked walked back part of her own statement, saying she is only supporting civil marriages in cases where both applicants are not Jewish according to Halacha. 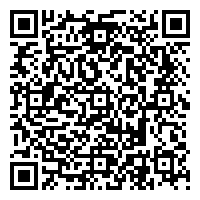