If there’s any story inside the Jewish community that closely parallels the sexual abuse cover-up inside the Catholic Church, it’s the story of Avrohom Mondrowitz. Posing as both a rabbi and a therapist, Mondrowitz was accused of molesting several boys in his Brooklyn neighborhood in the mid-1980’s. The listed victims were all non-Jewish, mostly because Mondrowitz’s alleged Jewish victims, estimated to be between 100-300 never came forward.

Mondrowitz was charged with eight counts of child abuse and five counts of sodomy. Hours before he was arrested he fled the country, first to Canada and then to Israel. He was rumored to have been tipped off about his pending arrests by local rabbis. He was not extradited since homosexual rape, strangely, was not an extraditable offense in Israel. When the extradition treaty was altered, the Israeli Supreme Court ruled in 2010 that too much time had elapsed for Mondrowitz to receive a fair trial.


The New York Times, in a series of articles on the Brooklyn DA Charles Hynes’ cozy relationship with the Haredi establishment in his district, last week published the results of a FOIL request by activist Michael Lesher. Lesher has been attempting to find out what happened in the intervening years and whether Hynes did everything in his power to bring Mondrowitz to justice. The answer, according to the Times, seems to be, No.

“There isn’t a single e-mail, a single letter, a single memo, either originating from the D.A.’s office or addressed to it, that so much as mentions any attempt by the D.A. to seek a change in the extradition treaty,” Lesher told the Times. “It’s just inconceivable that such important negotiation on such a detailed issue could have taken place and not left a trace in the documentary record.”

Jerry Schmetterer, a spokesperson for the Brooklyn DA, told the Jewish Press: “Over all these years, we worked tirelessly with the US Department of Justice and the Israeli Ministry of Justice to get Mondrowitz extradited back to Brooklyn. We were prepared to prosecute him and it was only a decision by the Israeli Supreme Court which ordered that he would not be extradited.”

Rhonnie Jaus, chief of the DA’s sex crime unit, claims that there are more documents that show the DA’s efforts, though the Times says that those were “mainly internal agency documents.”

Schmetterer also acknowledged the 300 documents that were not turned over to Lesher. “It was always in the front of our minds and we made many many phone calls to the State Department about it,” he told the Jewish Press. “A local prosecutor does not have the power to get a treaty changed.”

It is clear by now that Mondrowitz will not be brought to justice in the U.S. . In the last few years he was even involved in teaching children-at-risk. He lives in the Nachlaot neighborhood in Jerusalem and davens in a posh shul. Reportedly, his neighbors like him and are unaware or deny the allegations about his past.

Despite some up-coming high profile cases inside the Haredi community, such as the arrest of four Haredi menfor allegedly offering a $500,000 bribe to a sexually abused teenager to get her to drop charges against a popular community counselor, or the case of Nechemya Weberman, a Haredi rabbi charged with molesting a 12-year old girl over three years, the legacy of the 77-year-old Brooklyn DA Charles Hynes will be one of enabling the tendency of some Haredim to blame the victim in sexual abuse cases, and failing, in the end, to bring Avrohom Mondrowitz to justice. 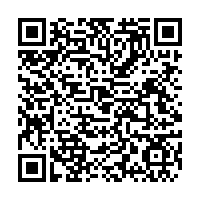