Some state delegates wore hats shaped like yellow wedges of cheese (Wisconsin), some of the hats were green and shaped like little trees.

But it was the dignified, albeit exultant red, white and blue state delegates from Donald J. Trump’s home State of New York who put the vote count over the top, and sealed his party’s nomination for president of the United States of America.


Trump’s son, Donald Trump Jr., led the state’s delegates in announcing they had the privilege of putting his father “it is my honor to be able to throw Donald Trump over the top with 89 delegate votes” from the Empire State. Surrounded by his siblings, the younger Trump added in a happy shout, “Congratulations Dad, we love you!”

At the end of the vote, Trump had won 1725 votes; by comparison, opponents Texas Senator Ted Cruz had garnered 484, Ohio Governor John Kasich had 125, and Florida Senator Marco Rubio had 234.

The magic number needed to win the nomination was 1237. Alaska’s head of delegation came to the microphone after the roll call, saying it was contesting its delegate vote count and demanding a review.

House Speaker and Republican National Convention chairman Paul Ryan gravely acknowledged the demand; he also immediately agreed to hold the review, saying the delegation should meet with vote officials alongside the convention in order to address the issue.

Within minutes, however, it became clear the night was going to belong to Donald Trump despite the best efforts of Ted Cruz to up-end that eventuality.

Still to be heard from are the Trump children and the candidate himself, as well as the various other speakers who will talk about why they think the citizens of the United States should vote for Donald J. Trump. 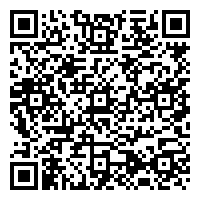